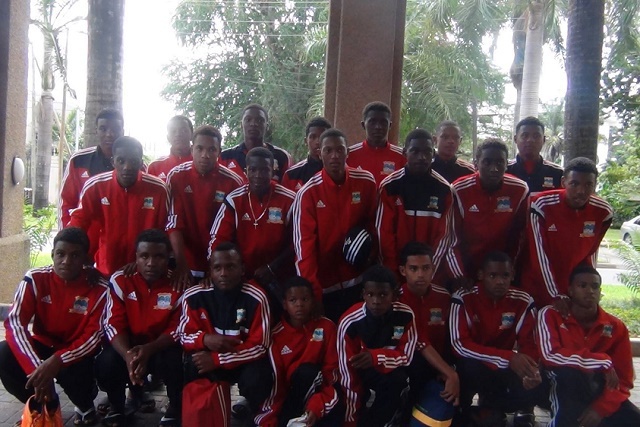 The team led by coach Gavin Jeanne withstood the South African attack throughout the first half until the 36th minute when Siphamantla Nduti scored, giving South Africa their only goal of the encounter.

Seychelles are playing in Group A, which is led by Namibia after defeating host Mauritius 3-1, with South Africa second. Both teams collected 3 points in their opening matches.

The tournament is the second international venture for the under-17 men’s team from Seychelles, a group of 115 islands in the western Indian Ocean.

Last month, the team was eliminated from the Africa Cup of Nations 2017 competition after losing twice to Tanzania in a week, 3-0 in the first leg and 6-0 at home.

Coach Jeanne had told SNA that the team needed more international exposure for them to gain experience in playing at high level.

“If we don’t give them this exposure, we will keep getting the same results in such competitions. They need to have more practice playing at this level before participating in a high-level competition,” Jeanne had said.

Seychelles under-17s next match in the COSAFA competition is on July 25 against the host country Mauritius at 6 pm.