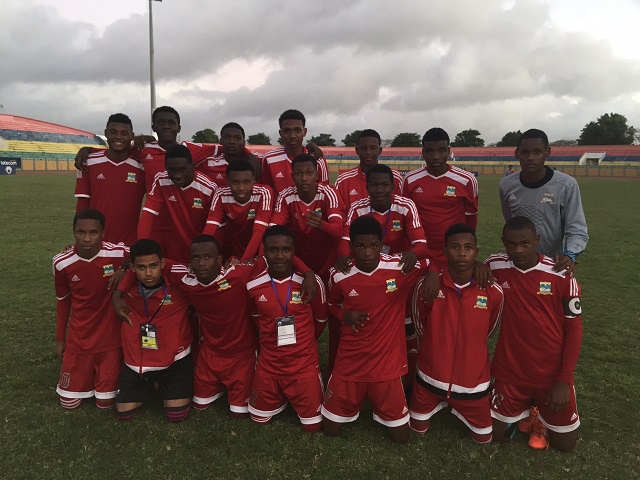 Group photo of the Seychelles under-17 men’s national football team taken in Mauritius at the weekend. (Seychelles Football Federation)

(Seychelles News Agency) - The Seychelles under-17 men’s national team lost 1-0 against host Mauritius on Monday, squandering their chances of moving to the next round of the Council of Southern Africa Football Associations’ (COSAFA) competition.

In their first match, the island nation’s team lost 1-0 to South Africa. Coach Gavin Jeanne says he is nevertheless happy with his team’s performances in both games.

“Yes I am quite happy especially in the first game against one of the favourites to win the tournament, South Africa. We lost 1-0 but should have at least come out with a point,” Jeanne told SNA.

For the game against Mauritius on Monday, Jeanne said, “We started well, missed a couple of good chances in the first half, but Mauritius took control in the second half. The boys lost their head with the tension of the match, and we all know how it is when the two neighbouring countries clash.”

The only goal of the encounter came in the second half of the match through Matteo Monple, who gave Mauritius a chance of qualifying for the semi-final.

Seychelles ended the match with 10 men as Brandon Molle got a red card almost 10 minutes before the final whistle.

After another defeat, Seychelles are now at the bottom of the table in Group A with no points while Mauritius climbed to second place with 3 points.

Group A is still led by South Africa, who claimed another victory 4-0 against Namibia. South Africa, with 6 points, need only one point to qualify for the semi final.

Namibia, also with 3 points, are now in third place.

The team from Seychelles, an archipelago in the western Indian Ocean, will influence who qualifies for the second place in the group, when they face Namibia in their last match on July 27.

Jeanne said the under-17 men’s national team can perform better if they get more international experience.

“This proves that if we can expose our boys with more high level matches and prepare at younger age, we will be able to compete at regional level against the likes of south Africa.”

Zambia still lead Group B with 6 points with Malawi in second place.

Winners of Group A and B and the two runners up will qualify for the semi final of the competition.