Fire kills 38 in Madagascar, including 16 children 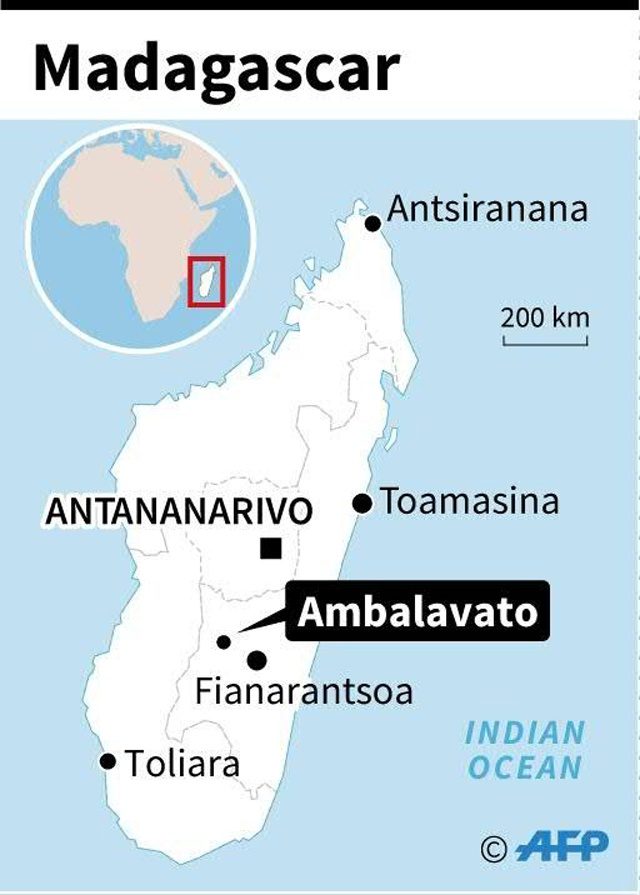 (AFP) - A house fire during a party in Madagascar has killed 38 people including 16 children as the blaze ripped through a thatched roof, police said Monday.

The victims -- the youngest only six months old -- were trapped inside the house in the village of Ambalavato, in the rural centre of the island, when the fire broke out on Saturday night.

The party-goers, including the home owner's wife and seven of his children, were celebrating the renovation of the house. The owner himself was away at the time.

"Of the 39 people in the house, 38 were killed, including 16 children," police spokesman Herilalatiana Andrianarivosona told AFP, adding that the fire was an accident.

"A celebration had been held following the completion of the renovations to the house," he added.

The blaze is believed to have started from embers of a fire that had been used earlier to cook food for guests.

It was fanned by the wind, spreading first to a bale of dry rice straw next to the house before it caught hold of the grass thatch on the roof.

Other villagers tried to rescue the people trapped inside but failed to open the door.

Only one 14-year-old boy, one of the house owner's sons, managed to escape by jumping through a small window, police said.

Narrow windows to deter burglars are part of the design of many houses in the central region of the impoverished Indian Ocean island.

Due to frequent muggings and other crimes, the party guests chose to stay at the host's house rather than return home for the night.

Funerals for the 38 victims were held on Monday.

Madagascar is one of the world's poorest countries and relies heavily on international donors.

After a period of political instability triggered by the 2009 ousting of president Marc Ravalomanana by Antananarivo's then-mayor Andry Rajoelina, it is struggling to foster an economic recovery.