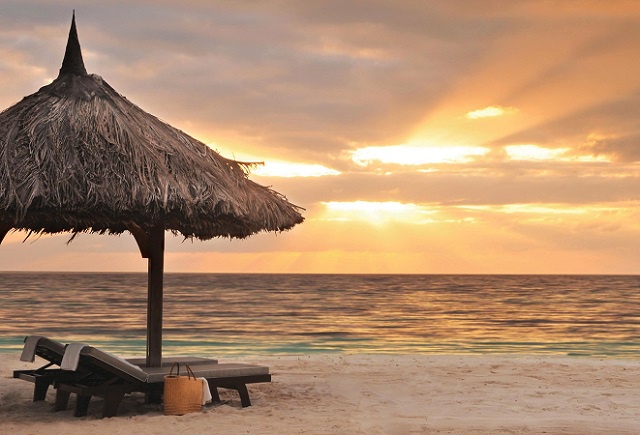 Once opened in 2017 the resort on Desroches Island will be the second Four Seasons resort in Seychelles. (Four Seasons Hotels and Resorts)

Desroches Island Developments Limited, the new owner of the tourism establishment, said in a press statement that the existing property will re-open in 2017 after undergoing extensive renovations.

It will be the second Four Seasons resort in Seychelles, a group of 115 islands in the western Indian Ocean, after the one on Mahe, the main island, which opened in 2009 at Baie Lazare, on the western coast.

The President and Chief Executive of Four Seasons Hotels and Resorts -- a Canadian-based company, J. Allen Smith, said, ”We are creating something unique and special on Desroches Island, a true island hideaway that delivers the highest standards of quality and the most genuine and personal service.”

The new resort will have 40 exclusive beach suites and 11 private residence villas, two restaurants and a lounge bar.

Desroches is administered by IDC, a local parastatal company which manages some of the outer islands of the Indian Ocean archipelago. The company’s chief executive, Glenny Savy said to SNA that “IDC is closely monitoring the construction for environmental reasons.”

For guests interested in the natural wonders, the island will include a marine conservation discovery centre and a giant tortoise sanctuary.

Adrian Messerli, Manager of Four Seasons Resort Seychelles, told SNA that the new Resort in Desroches will attract the same guests as those staying at the current resort.

“Four Seasons Resort Seychelles at Desroches Island will offer complete freedom to guests, and it will provide endless discovery opportunities for guests who have an active lifestyle, with highlights including world-class diving and fishing excursions, cycling and tennis,” said Messerli.

Chair and Founder of Albwardy Investment and Desroches Island Developments Limited, Ali Albwardy said: “Bringing Four Seasons to an outer island is a culmination of my own dreams as well as a great legacy and accolade to the Islands Development Company (IDC), who are entrusted with preserving and promoting this piece of paradise.”

Albwardy added that his company is looking forward “to many years of sunshine and success as we partner with the Island Development Company to create something magical on an already magnificent island.”

Desroches is the main island in the Amirantes group and can be reached in 35 minutes by plane from Mahé. A tourism establishment opened on the island in the 1980s but has changed ownership a number of times over the years.

The island had 17 luxury beach suites under the Desroches Island resort company which closed in December last year. It was a well-known spot for honeymooners.