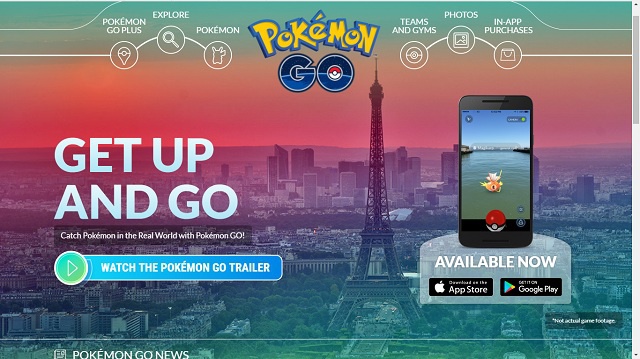 Pokémon Go is an Augmented Reality (AR) game where the game and the real world interact. Pokémon Go “takes your real geographic location and turns it into a Pokémon dream world. (Pokémon Go)

(Seychelles News Agency) - Like nearly the rest of the world, Seychelles has been struck by the ‘Pokémon Go’ craze. Released in selective countries in July this year, the game has reached the Seychelles’ shores, and locals can now be seen moving around the island, trying to catch wild Pokémon with the use of Pokéballs.

SNA takes a look at the game that’s taking over the archipelago in the western Indian Ocean.

George Belle has been playing since the released date, and his favourite character is the legendary Moltres.

Belle said that although the game has not officially been released in Seychelles, locals can still play.

One of the constraints that local players encounter is that most find that their phone battery drains really fast, so “having a power bank helps,” Ian Laporte told SNA.

Another local enthusiast, Mathew Tirant, said another challenge with the game is that rare Pokémons tend to appear in places that normal civilians don’t have access to such as private properties and State House.

The good thing, Tirant says, is that at least now he gets to exercise while playing.

“It’s a good way to get people moving. That is one of the main points of the game. People who love to play games but aren't really fit will benefit from the game,” he said.

PokéStops, which are places that allow you to collect items, are found mostly in Victoria, Seychelles' capital, and are indicated by blue icons on the map.

Pokémon Go is an Augmented Reality (AR) game where the game and the real world interact. According to a video on the gaming website polygon.com, Pokémon Go “takes your real geographic location and turns it into a Pokémon dream world. The smallest landmarks become important destinations in the application.”

The application -- available both on Apple’s mobile Operating System (IOS) and Android -- was first released July 6.

Developed and distributed by Niantic, an American software development company, the game has many elements of the original Pokémon, a media franchise created by Japanese Satoshi Sajiri, a video game designer.

Unlike the Game Boy of the 90s, in Pokémon Go, players cannot trade Pokémons -- the fictional creatures or battle with friends and wild ones. A player has to walk around and catch them.

An article on vox.com says, “The game is so popular, it’s now competing with Twitter in terms of daily active users on Android.”

Reaction of the general public

SNA talked to some non-players to see their point of views.

“I have no idea what the new Pokémon craze is about. All I know is that Pokémons are game characters. I remember that my kids used to play the game on Game Boys when they were young, ” said Barry Bijoux

Larry Padayachy told SNA, “I don’t play the game because I don’t have a smartphone and couldn't install the app.”

Padayachy added that: “The downside to it is that it takes a lot of your time. It is also dangerous as it might cause an accident if your eyes are glued to your smartphone while walking around.”

The game's Term of Service states that “during game play, please be aware of your surroundings and play safely.”