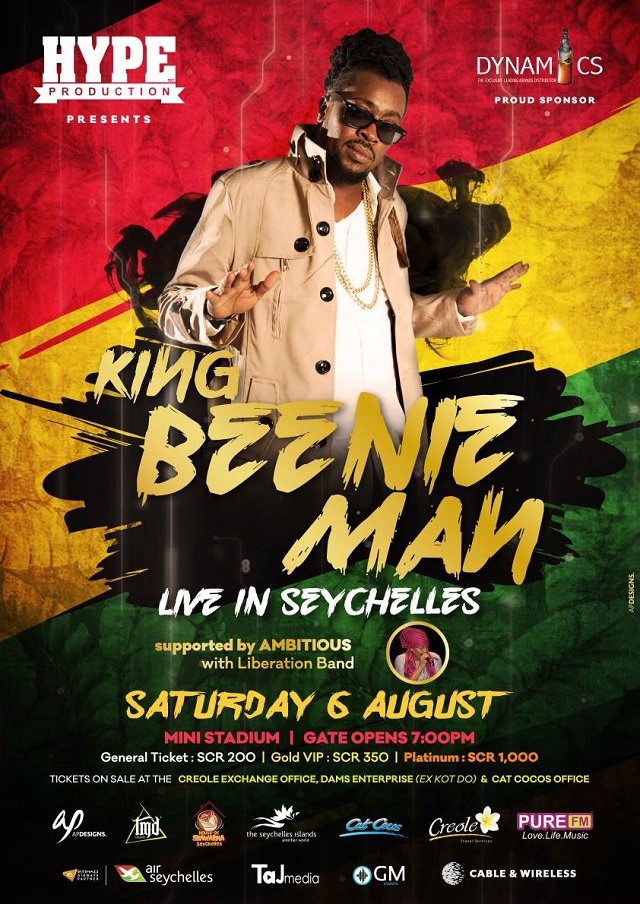 (Seychelles News Agency) - Local promoters have postponed the planned performance in Seychelles by Beenie Man, a Jamaican dancehall and reggae artist who announced on Instagram that he has contracted the Zika virus.

The director of Hype Production, Daniel Vadivello, said in a statement on Monday, that Beenie Man is in good health and fit enough to do the concert in Seychelles but promoters have decided to postpone the performance scheduled for August 6.

“Hype Production has decided to postpone this Saturday's highly anticipated concert to Saturday 1st of October, more as a precautionary measure to allay any public concerns,” said Vadivello.

Beenie Man, who was born in Jamaica as Anthony Moses Davis, shared an Instagram photo over the weekend of himself in pain while undergoing tests. He said: No Visa for my show in Canada. I have the Zika virus and the same Zika mosquito gave me Dengue.”

The artist known as ‘King of the Dancehall’ was due to perform in Canada at the Toronto OVO Fest on July 30 with Canadian rapper Drake, but he had to cancel.

Beenie Man’s announcement came a day after CNN reported the first outbreak of the virus in South Florida, in the United States. The Zika virus came to prominence earlier this year as case numbers ballooned in South America, including in Brazil, which hosts the Olympics this month. Cases of birth defects have been linked to the virus, making it especially dangerous for pregnant women.

The concert's local promoter, Vadivello, said Beenie Man has confirmed that he is fit to continue the tour which includes Panama, Europe, Japan and Seychelles, a group of 115 islands in the western Indian Ocean.

“The dancehall artist will be addressing Seychelles fans and concert ticket holders via a video message during the coming days as he wishes to apologise for any inconvenience caused due to the change of schedule,” said Vadivello.