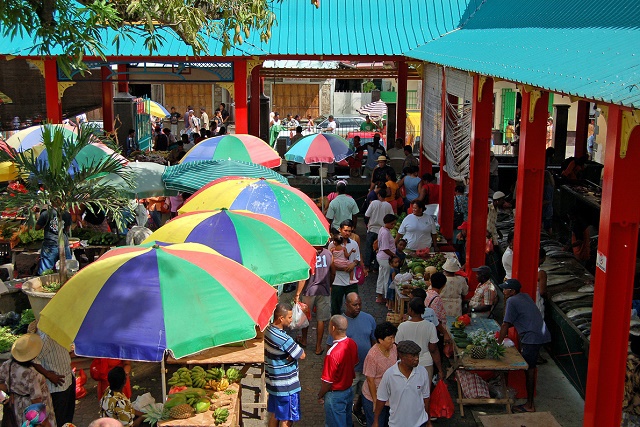 According to the National Cancer Registry set up in 2008, there has been a steady increase in new cancer cases in Seychelles, an archipelago in the western Indian Ocean, with a population 93,000. Current and past patients with breast and colorectal cancer below 50 years of age have been identified for the first-ever national survey to find out if the increase in the two cancers are transmitted genetically from parents to offspring. (Gerard Larose, Seychelles Tourism Board)

(Seychelles News Agency) - A first-ever national survey in Seychelles is under way to find out if the increase in breast and colorectal cancers are transmitted genetically from parents to offspring.

A senior research officer in the Seychelles Public Health Authority, Emelyn Shroff, said many studies done on breast and colorectal cancers indicate that they could be hereditary.

“From understanding the family history we will see if there is a pattern that indicates there is a specific type of cancer in that family,” said Shroff.

Current and past patients with breast and colorectal cancer below 50 years of age have been identified for the survey.

Shroff said presently the two cancers, which were initially associated with the aged, are also affecting people below 50.

The candidates will be asked to provide their detailed medical history and that of close relatives.

After an interview, a first test will be done on the participants’ tumour samples from the laboratory, to narrow down the list of patients who may carry the germline mutation.

Blood samples of those who are confirmed to be carriers of the mutation will then be sent to a laboratory overseas for the genetic tests.

The study, which started in June, has so far covered the second- and third-most populated islands of Seychelles, Praslin and La Digue, and this month moves to Mahe, the main island.

Shroff said if the findings confirm that breast and colorectal cancers are hereditary, it will mean earlier intervention for those who are more likely to develop them.

“(The) earlier the detection the higher your risk of survival and better treatment,” Shroff told SNA, adding that, “A person who carries a mutation will benefit from early screening and medical intervention that can delay or prevent him from getting cancer.”

The second part of the study will look at the prevalence of hereditary genes in the population and Shroff said they would make available tests for the offspring of persons who had breast and colorectal cancer.

“We will be conducting tests, on a voluntary basis, on those who would like to know whether they carry the mutation,” she said.

Since the setting up of the National Cancer Registry in 2008, there has been a steady increase in new cancer cases in Seychelles, an archipelago in the western Indian Ocean, with a population 93,000.

The first findings of the study are expected to be ready early next year.

Prohibition of outdoor movement in Seychelles extended to May 4