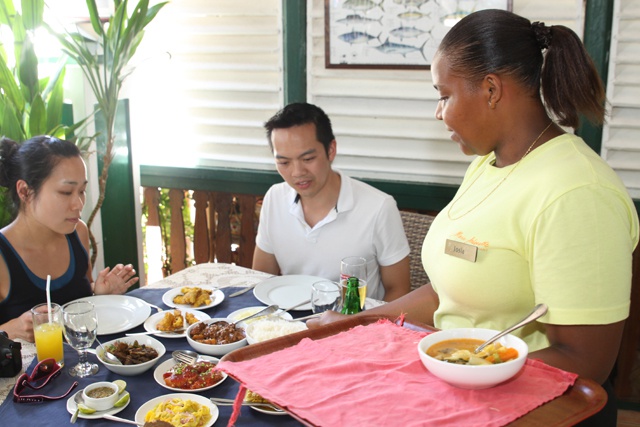 (Seychelles News Agency) - A new progressive income tax system to begin in January that would range between 0 and 30 percent is being proposed by the Seychelles government.

The new rates would replace the existing 15 percent flat rate in force since 2010.

The island nation’s Finance Ministry is meeting stakeholders, including the general public, to explain the proposal and get their views on the new system.

The Principal Secretary for Finance and Trade Patrick Payet told SNA that 98 percent of Seychelles’ workforce will benefit under the new system.

“It is a fair system as workers earning up to $2,173 (35, 667 Seychelles rupees) will see an increase in the amount of money they take home after their personal income tax has been calculated as opposed to what they are presently earning after tax,” said Payet

He added that taxes paid by workers with a salary that is above $2,173 will increase progressively from 15 percent up to the capped rate of 30 percent for those earning above $6,320.

Seychelles, a 115-island archipelago in the western Indian Ocean, embarked on a five-year economic reform programme backed by the International Monetary Fund (IMF) in October 2008. A further three-year arrangement under the Extended Fund Facility was approved in June 2014.

Payet told SNA that the country has received IMF assistance to work on the new progressive tax system.

“The new system is based on international norms but the salary brackets being used have taken into account Seychelles’ context to ensure as many people as possible benefit,” he said.

With a majority of the workforce paying less income tax in 2017, the government would lose around 400 million rupees (around $30 million) in revenue a year, according to Payet.

He explained that measures are being taken to minimize the effect of the loss in revenue. It includes ongoing reform in the collection of personal income tax.

“The government plans to make the electronic payroll system compulsory for all companies so that all earnings can be accessed online therefore capturing all those who may not be paying their personal income tax. As it is now it is compulsory only for companies with 25 workers or more,” said Payet.

He explained to SNA that the government will also review its processes to make them more efficient and also review the business tax and custom services to ensure the right tax rates are being applied.

“The progressive tax system also means Seychelles' effort to bring its debt to below 50 percent of its Gross Domestic Product (GDP) by 2018 has to be pushed to 2020,” said Payet.

The finance department started a series of consultative meetings on Tuesday that are expected to see the participation of government institutions, business community, media, and the general population on the proposed tax system.

Payet said the aim is “to provide an opportunity for participants to interact with us on the different aspects of the tax system and to see how best their views can be incorporated in the implementation phase, to ensure that the majority of the working population is not made worse-off.”

Once everything is finalized, the January 2017 implementation date of the new income tax deductions on salaries will apply to Seychellois workers and will not immediately affect expatriate workers.

According to latest figures available from the national bureau of statistics the Seychelles’ workforce stood at around 46, 000 at the end of the first quarter of 2016 including expatriate workers.