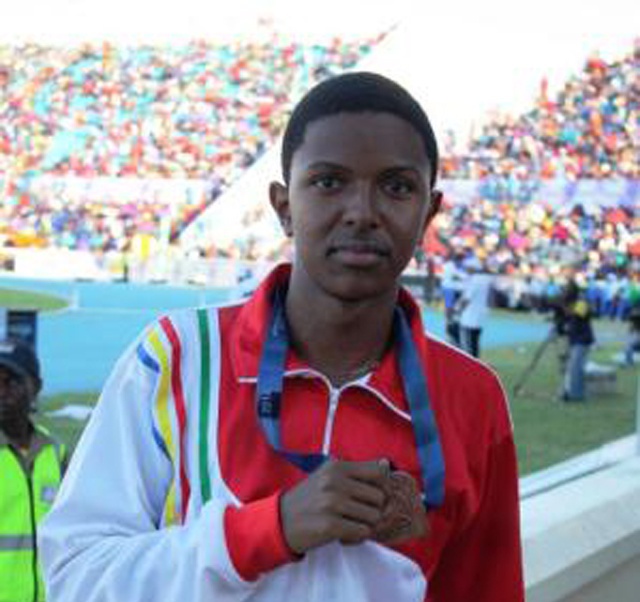 (Seychelles News Agency) - The youngest Seychellois athlete at the Olympic Games in Brazil, Ned Azemia, has set a new national record in the men’s 400 metres hurdles on Monday.

Azemia, who ended the heat in 8th position, is happy with his performance, although he did not make it to the next round.

Azemia told SNA on Monday that he knew going into the race that it would be difficult to qualify for the next round, but he was nevertheless happy with his performance.

The local athletics federation is also proud of Azemia’s performance in the race.

Wilfred Adrienne, secretary of the Seychelles Athletics Federation, who watched the race live on television, told SNA on Tuesday, “It was great, an impressive performance for someone his age at such a high-level competition and we are proud of him.”

The Seychellois athlete says that his first Olympics participation was a good experience and is hoping for a better performance should there be a next time.

Three other Seychellois athletes who have ended their participation in the Rio Olympics are sailors Rodney Govinden, Jean-Marc Gardette and Allan Julie.

Govinden finished 45th out of 46 participants in the men’s standard laser category.

Govinden told SNA that he enjoyed the experience even though he found the regatta very tough and every mistake made costs a lot.

“I enjoyed the experience of racing against the best sailors around the world and I gave it my best in every race. We had some challenging conditions ranging from medium to strong winds with huge waves,” said Govinden.

Gardette took 23rd place among 36 sailors in windsurfing RS:X and Julie came out last in his group of 23 participants in the men’s Finn category.

Seychelles has one more athlete in the Games, high-jumper Lissa Labiche, who will be in action on Thursday.

The Rio Olympics end on Sunday.