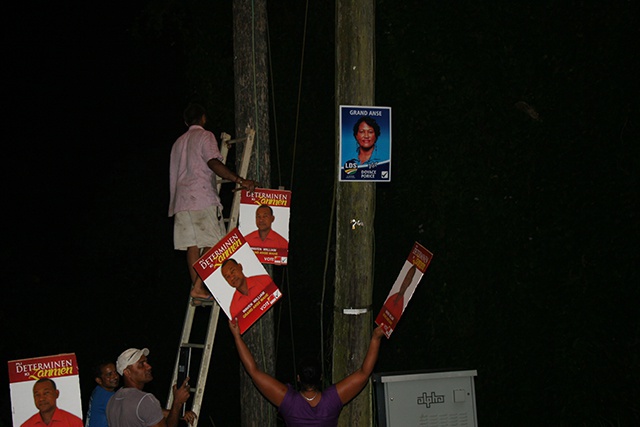 Billboards and posters started to go up after 6pm on Wednesday. (Rassin Vannier Seychelles News Agency)

In all some 100 candidates will stand in the upcoming polls, which are divided into 25 electoral districts.

The September vote is setting out to be one of the most contested legislative elections since the 1993 return of multiparty democracy in Seychelles, a 115-island archipelago in the Indian Ocean with a population of around 93,000.

The raising of billboards across the country Wednesday evening has set the stage for three weeks of campaigning culminating with three days of voting.

The Chief Electoral Officer Joseph Athanasius told SNA that "political parties can now start their election campaign and next week their names as well as the voting stations will be published in the official gazette.”

The Electoral Commission says it has already started preparing the logistics for the polls. This includes making contact with international observers to finalize the details pertaining to their presence in Seychelles to observe the elections.