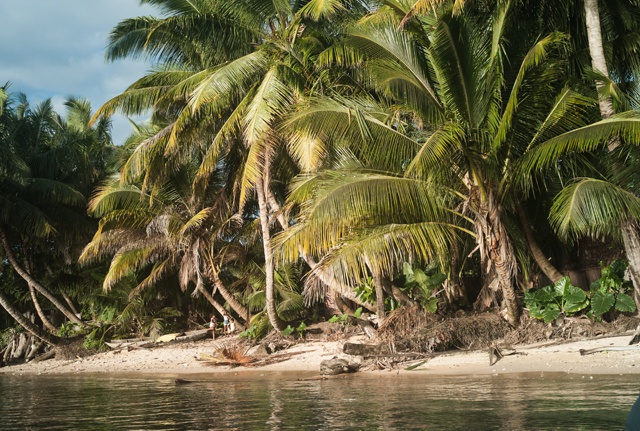 This file picture taken on August 9, 2016 shows the beach and the vegetation of Saint Marie Island. Two young French volunteers found dead on August 21, 2016 on an island off the northeast coast of Madagascar were likely murdered, authorities said. (RIJASOLO / AFP)

Local mayor Bessaou Ismak Ado Crophe on the resort island of Sainte Marie told AFP that the bodies of both victims, a man and a woman in their twenties, showed signs of head trauma, with officials suspecting murder.

"They spent the evening in a nightclub and were found on the beach nearby," he said.

"I saw the bodies. Both had injuries to the head."

The two had in recent months been volunteering at Cetamada, a local environmental non-profit organisation working to protect ocean mammals.

The French foreign ministry in a statement condemned the "odious crime that claimed the lives of two French nationals".

It offered its condolences to the families and said an investigation was under way in Madagascar.

Madagascan Tourism Minister Roland Ratsiraka said he had spoken to the French ambassador to the Indian Ocean island and that the consul would be visiting Sainte Marie on Monday.

"The government strongly condemns this act and will ensure that the investigation will be transparent," he said.

"I do not want to minimise this barbaric act, but we've been bringing dozens of volunteers here for 15 years and we've never had a problem this big," he told AFP.

He said fellow volunteers had gathered together following the incident and were "shocked psychologically".

A year later, two Europeans were attacked and killed by a mob on the northwest island of Nosy Be, suspected of involvement in the death of an eight-year-old local boy.