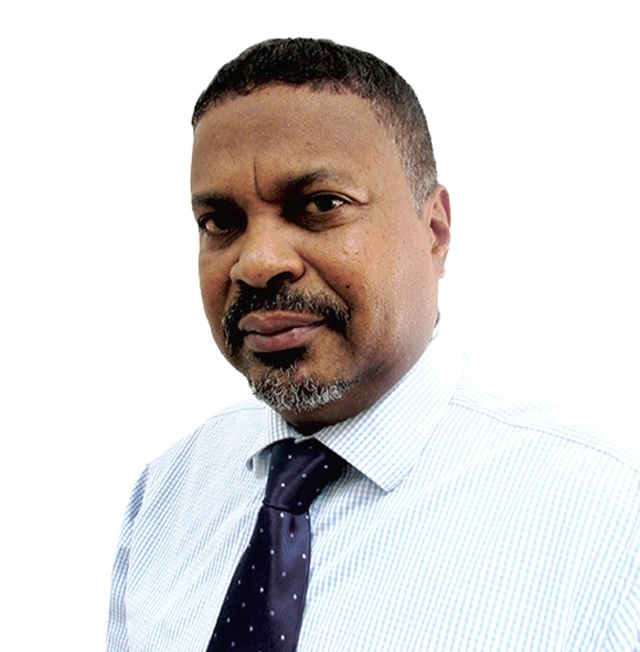 (Seychelles News Agency) - The leader of the Seychelles Patriotic Movement, Regis Francourt, says his party has set “realistic targets” and will be aiming for two proportionate seats, although he says indications suggest they could have a 50-50 chance of an outright win in one or two districts in upcoming parliamentary elections September 8-10.

SPM will have candidates standing in 23 of the 25 electoral districts. The party will not be fielding candidates for Takamaka - a region of South Mahé, the main island, and St Louis, a central district.

Registered in July, SPM’s executive committee members, aside from Francourt, are all former members of Lalyans Seselwa (Seychellois Alliance), a party formed early last year by a former member of the ruling party, Patrick Pillay, to contest the presidential election. The majority of SPM’s members have said they are not in favour of the stance taken by the leadership of Lalyans Seselwa to be part of an opposition coalition – Linyon Demokratik Seselwa – formed by members of four opposition parties.

SNA spoke to Regis Francourt on his party’s proposals to the Seychellois voters, his views of the political landscape and expected outcome of the legislative polls.

SNA: Firstly Mr Francourt what is SPM proposing to the Seychellois voters? What are the main themes of your manifesto?

RF: We view the strengthening of our democracy as paramount as more and more of our people are losing faith in the democratic process. Apathy is creeping in and this is starkly represented by people who do not bother to vote as they believe it makes no difference. As we talk to people in the districts, we find that this attitude is on the rise.

This is why we have said that in our movement, our MNA’s [Member of the National Assembly] will always have a free vote. The leadership will not dictate to them how to vote. They will of course consult with their colleagues but more importantly they have to seek the views of the people who elected them, before casting important votes. This will make the electorate feel that they too are part of the democratic process.

Secondly, we will propose a mechanism to give voters the right to sign a petition to recall their MNA if a majority of people in the district are of the opinion that he or she is not performing in their interest. We don’t believe that you have to wait five years to get rid of a useless MNA.  We also believe the workings of the National Assembly need to be more transparent and more relevant to the voters and we shall propose or support reasonable measures in that direction.

The rise of poverty in our districts is a major concern to us and we are on record as saying that we shall refrain from giving our support to budgets that do not have at its core serious proposals to tackle the rise of poverty. Taking into account budgetary constraints, we intend to have amicable discussions with the Minister of Finance on the need and a timeframe to eliminate VAT [Value Added Tax] on food and on children’s essentials. We shall also press home our concerns about price fixing by cartels that control the retail trade and who are making life expensive for people on low and middle income.

Lastly we believe that all politicians have a duty to remove the tensions and divisions that plague the country. These tensions could easily spill over and put at risk political and economic stability let alone social cohesion. A leader calling for unity just through lip service is meaningless. We have to see the bigger picture and remind our people that, ‘united we stand, divided we fall’, hence our call to unity, looking forward to being a vibrant nation full of innovations, new ideas and achievements that will make us proud as a people rather than keep looking backwards at a point in time that divides us. We are ‘one people – one country – under one flag’.

SNA: Why did SPM feel the need to create a new party to contest the elections and not join with an existing party?

RF: We felt the need to create a new opposition party because we do not believe in Wavel Ramkalawan [leader of the Seychelles National Party] anymore. Had Patrick Pillay [leader of Lalyans Seselwa] stood for the National Assembly elections in his own right, then people would have had an option other than the SNP and there would have been no need to create a new party.

The fact that Pillay joined SNP, that in itself deprived people of a choice. All of us wanted to see politics with a different approach and we could no longer reconcile with Ramkalawan’s aggressive and confrontational style. This alienates a lot of people to the point where folks are leaving the SNP and joining PL [Parti Lepep]. This is a tragedy!

All of us who have supported Wavel at one point or another, have lost faith in him. His support base has been on the slide and he was only kept on life support by Patrick Pillay. We also believe the LDS [Linyon Demokratik Seselwa] coalition is not built on solid foundation and it is only a matter of time that it will crumble. In terms of joining with Parti Lepep, this is simply out of the question. It will never happen!

SNA: SPM is new and only presented its line-up a few weeks ago. Is that enough time to get acquainted with the voters and present your party’s proposals to them?

RF: Well it is not as much time as we would have liked but having said that, we have worked flat out connecting with people on their doorstep and so far we believe that we have made good progress and have established a sound support base. We have attracted a lot of supporters from LS [Linyon Sanzman] but equally we are attracting a lot of people who in last December voted for the two big parties.

SNA: SPM is new and going into an election has its financial implications. Where is your funding coming from?

RF: We have not run an expensive campaign where huge cash injections would have been required. You will have noticed that we are not organising rallies and hiring buses and cars every weekend. We have not engaged in the glitz and glamour that the PL [ruling party] and LDS [an opposition coalition] can afford. Our filming is homemade and you can see that it does not have the slickness and candidate coaching that is apparent in the others.

Our posters are cheap and few and far between lamp posts. Our billboards are sparse. In fact one of our candidates who is in the building trade donated and cut the plywood to fit our posters and then delivered to everywhere using his own pick-up truck. We have not incurred any design costs as all designs have been done in house including our logo.

Most of our costs have been funded by ourselves although some individual candidates originally sought small sponsorship from businesses in their district.

What we have done is given our time, going door to door and convincing people that we have something different to offer. This came at no cost. All in all, it has been more like a cottage industry operation, very stressful at times but we succeeded purely through having a good team spirit. Where there is a will, there is a way!

SNA: What would SPM want to see or what changes does the party envisage in the new assembly?

RF: First of all we want to see a chamber that has meaningful debates and exchange of ideas. We want to see the members of the National Assembly exercise the power conferred on them by the electorate and firmly hold the executive to account especially on how public money is being used.

We want to see a good working relationship between the speaker, the secretariat and the elected members. We want to see an assembly that truly represents the views of the people. We want to see assembly members dedicated to resolving serious issues in their districts and not simply to put on a show once a week, and irritate the viewing public.

SNA: There is a belief that the next assembly will be different in composition. If SPM wins seats how will you work with the other parties?

RF: Should we be elected, we do not have an issue working with any other party as long as the proposals that they put forward are in line with our principles and in the interest of the people of Seychelles, especially the poor.  We will engage in quiet and tough negotiations when putting our views forward to the government and to other parties who need our help to pass their legislation.

If we hold the balance of power in the National Assembly, we shall use it wisely and effectively. While we will approach the parties in the spirit of compromise, they should not make the mistake in thinking that our lack of aggressiveness is a sign of weakness; far from it! We shall be quietly ruthless in achieving our objectives but it shall be done without cinematic effect.

SNA: There’s been a sudden rise in the number of people becoming involved in politics and forming political parties. Is there space for all those parties to operate?

RF: It’s good that people are waking up to the fact that the constitution gives them the right to take part in the democratic process and they do not have to be slaves to the views and methods of the two big parties.

However the fact that other parties are springing up is also a forceful indication that the established political elite is no longer believed in or trusted by a large number of people.

We believe there is always space on the political scene for other parties to operate. At the end of the day, there could be a dozen registered parties but it is the electorate who will decide if a new party is worth backing or not. As long as the power to decide rests in the hands of the people, I don’t think we have anything to worry about.

SNA: What is SPM’s expectation for the elections in terms of the results?

RF: As a new party, we have set realistic targets. We have been on record as saying that we are aiming for two proportional seats. However indications on the ground suggest that we may have a 50-50 chance of winning one or two districts outright assuming our candidates don’t let up in their campaigning. If these indications are translated into reality, it would change the political landscape in Seychelles.

3 candidates to vie for National Assembly seat vacated by speaker; vote is Feb. 24-25