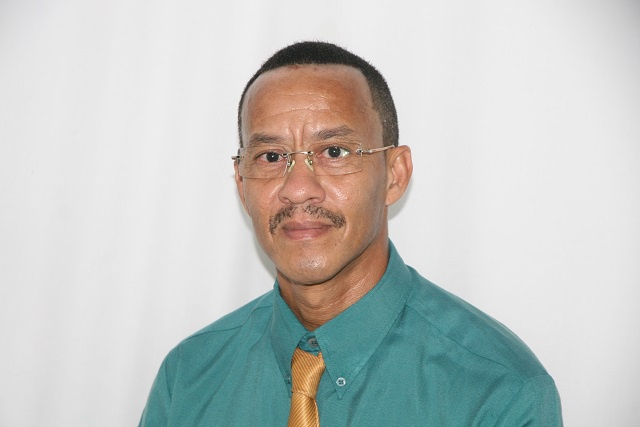 (Seychelles News Agency) - Danny Sopha who has been involved in politics for almost 20 years, is for the first time standing as an independent candidate for Anse Aux Pins – a district in east Mahe, the main island.

Sopha is one of three independent candidates who will stand in three different districts alongside candidates from three political parties contesting the Seychelles' parliamentary elections set for September 8-10.

The artist, also a former teacher, says remaining in contact with the residents of his district is of utmost importance. Sopha talks to SNA about his proposals to Anse Aux Pins voters, what he sees as the upside of being an independent candidate and his expectation of the results.

SNA: Firstly Mr Sopha, why are you standing as an independent candidate?

DS: I have decided to stand as an independent candidate because of the way things turned out after the formation of a coalition by [four] opposition parties. When the alliance was formed to contest the presidential run-off I was still with them, but when the choices of candidates were announced, the people of Anse Aux Pins started to ask what happened and why I was not the one standing for the district. Some people [of Anse Aux Pins] were even saying that they would prefer spoiling their votes or not voting altogether. Having met and talked to many people I took the decision to register as an independent candidate.

DS: I have stood twice as the SNP candidate for Anse Aux Pins after which I have continued to be engaged in the district on the political front. For this election candidates from other parties that are part of the coalition were chosen to stand for the different districts and I understand clearly how these decisions were made. Nevertheless, I have always been active in the Anse Aux Pins district even during times when there wasn’t any campaigning. I’ve always been in contact with the inhabitants and I have done this on a voluntary basis.

SNA: Do you have a manifesto? What are your proposals to the Anse Aux pins voters?

DS: When I look at Seychelles I have seen that it is only at the end of their five-year mandate that the Members of the National Assembly (MNA) tend to visit people in their respective districts. This is the time they feel they need to go all out to get the support of the voters.

My promise to the inhabitants of my district is that I will work for them. As a candidate, constantly communicating with the people and getting to know their needs is important. By walking around the district, a candidate and potential MNA [Member of the National Assembly] gets to know about their issues be it within the district or nationally. You need to be close to the people.

I feel that if you are not doing this, it is not worth participating in the parliamentary elections. My priority will be the welfare of the people in my district but will also look at national issues. Generally speaking, I'm saying that if something is good and is being done right, we need to say it’s good and support it. On the other hand you cannot go and vote in favour of something that is bad for your district and for Seychelles.

SNA: What are some of the priorities which you are proposing to tackle if you are given the mandate to represent your district in Parliament?

DS: Areas where improvement are needed can be easily spotted. Some areas have been more neglected while others can be improved upon. Aside of communicating with the residents, an MNA also needs to have a vision for his district. By doing so, you will be in a better position to voice out their concerns.

Health care needs to be improved, and there is also work to do in the field of sports.

During my days as a basketball and football coach, Anse Aux Pins was a force to be reckoned with. We need to bring back sports in such a way that it will capture the heart of the youth, many of whom have fallen victims to substance abuse. Another area that needs attention is unemployment.

Most importantly, I would like the people of Anse Aux Pins to work with me. As an independent candidate, having the support of the community means that I won't be doing this alone. I feel that every resident of Anse Aux Pins is part of the team that will be working for the betterment of the district for the next five years.

SNA: It’s been only a few weeks since you registered as an independent candidate. Are you confident that you have been able to gather the support of voters?

DS: I have never worried about this. I have worked for 18 years as a politician in the Anse Aux Pins district. I am someone who most of the time can be found walking from one part of the district to another by foot. I won’t say that there isn't any work to be done in order to win this election. Nevertheless, I have no fear as I am received with open arms wherever I go. Why not, for the first time we will see an independent candidate win a district in parliamentary elections [in Seychelles].

DS: I have noticed that people in Seychelles are generally more open and have a better understanding of the decision-making process. In a few more years, people will be better educated and will know their roles and purpose during an election. I have discovered while campaigning that people know that they are going to vote for someone to represent their district [in the assembly]. There were confusions before, where people were running towards the bigger [political] parties and were not really looking for someone who could work in the district. A popular quote people were used to saying is ‘place whoever you want to represent this party and people will vote for them’ but this time round I have noticed that people are really reflecting before giving away their vote.

SNA: Going into an election can be costly. Do you have any financial backing or you are self-funding your campaign?

DS: I wouldn’t say it’s easy to stand as an independent candidate, but once I made the decision it meant that I am ready to face the challenge. As an artist, I regularly bring my work of art to the hotels and I think that most people know that a painting is pricy. By selling one painting a week, I have been able to pay for my posters. Family members are also helping in this area. Some residents of Anse Aux Pins have also been forthcoming with financial assistance. Another thing working in my favor is that I do not have to pay anyone to vote for me. The person doing my political programmes for radio and television is not charging a lot of money. So there are expenses but they are not as extensive as one may think.

SNA: What is your expectation/prediction for the elections?

DS: In regards to Anse Aux Pins I have come forward to stand as an independent with the confidence that I will win. Being out there, I have seen that I have an advantage over the others. In Seychelles as a whole, I see that the upcoming assembly will differ from the previous ones in the sense that it will be balanced, without the dominion of certain political parties. The assembly will be a healthier one for everyone. Decisions made will be in the interest of all Seychellois.

Editor's Note: SNA is publishing an interview with the leaders of the three political parties contesting the September elections as well as the three independent candidates contesting the vote. The interviews appear according to the order of the ballot paper.