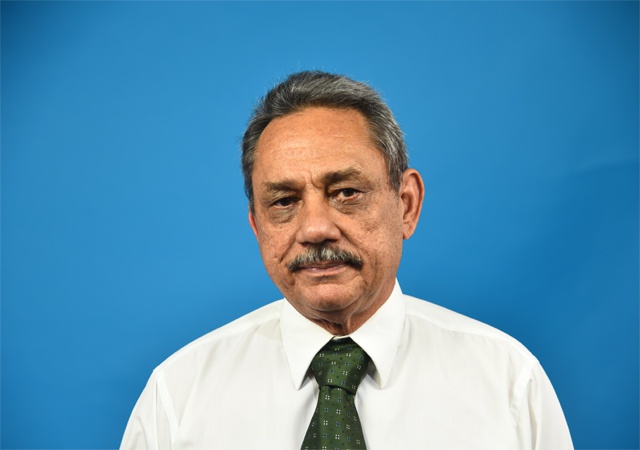 (Seychelles News Agency) - A greater participation of the Seychellois people is what an opposition coalition -- Linyon Demokratik Seselwa (LDS) is proposing to voters as it prepares to contest upcoming parliamentary elections set for September 8 to 10 in Seychelles.

LDS with a line-up of four women and 21 men is among three political parties fielding candidates vying for the 25 directly elected seats in the National Assembly.

The Leader of LDS Roger Mancienne talks to SNA about changes his party would like to see in the National Assembly as well as LDS’ confidence of winning a majority.

SNA: Firstly, what is LDS proposing to the Seychellois voters?

RM: There is much talk about change. Change represents a new vision for a government. A government that is more open to the people, where there is more participation in the National Assembly, allowing the institution to fully play its role within the system.

In the past, the assembly was more of a "symbolic" institution, which should not be the case. The Assembly should be a place where exchange of ideas takes place, to then find the best compromise for the Seychellois people.

We want to see an assembly that is independent from the executive system and that can allow for the people’s contribution.

SNA: LDS is a coalition of four main parties which independently contested the first round of presidential elections in 2015. How did LDS manage to combine the four parties’ ideas into one manifesto?

RM: It was not too difficult. There were differences of opinion, but we agreed on the key points. We have tried to focus on what we have in common, find a compromise and have been able to come up with a manifesto.  It was not that complicated.

SNA: ‘Fer li ou lasanble’ [Make it your assembly]. Why this theme for the party’s campaign?

I have spoken about participation and the fact that the National Assembly should be the voice of the Seychellois people and where there is more involvement.

There are two possibilities. One is that members of parliament can directly represent the interests of the people and remain open to the proposals of the population.

But we also have another proposal where individuals and organizations may also take part in the debates. For example if you have a community that is involved with a particular legislation then it may also come to express its views to the assembly.

There is also the possibility of transforming the assembly into a committee where it shall hear the different points of view.

SNA: Should LDS wins a majority in the National Assembly how will it work with the government?

RM: We do recognize the responsibility and authority of the executive, as well as its role and duties. However the possibility exists for the assembly to play a complementary role in governance. I believe that if there is mutual respect, we are ready to respect the role and responsibilities of the government on moving something forward.

SNA: During the last parliamentary elections in 2011 the main opposition boycotted the elections. Does LDS believe in voters’ confidence in the opposition?

RM: Our absence in the National Assembly was part of a strategy. That does not mean the entire strategy has worked because we were looking for something. Our absence was aimed at pressing for electoral reforms. The strategy has worked, but on the other hand when you are not in the assembly, you do not have a voice, you are away from the public eye. However, we continued to work through our publications, and in the districts. Generally speaking, we do not think the absence has affected us, I believe it has allowed us to take a step back and come back with a different approach.

SNA: If LDS wins a majority what would be the first decisions/measures taken?

RM: The first thing we will do relates to the functioning of the National Assembly and this will come before starting with our programme.

We will have to explain to people what is expected of them and how we will work. As you already know we want the assembly to have more weekly sittings.

There will be a specific day to consider new bills....a day will be set aside for motions and another for questions raised to the government.

SNA: There’s been a sudden rise in the number of people coming onto the political scene and forming political parties. How does LDS view such development?

RM: Political commitment is something positive, but the situation we are facing today in Seychelles is that we have political manipulation because other parties are not frank.

The honest and sincere participation is normal, because we have the freedom of expression. But we must not do so in a way that sees a group controlling other smaller parties, because this is what’s happening.

SNA: What is your prediction for the upcoming parliamentary elections?

RM: I am convinced that we will do very well.

RM: No, I do not think [we will win] more than two-thirds but most certainly a majority.

SNA: What makes you so sure?

RM: We believe that since the 2015 [presidential] elections, we have surpassed an important milestone of 50 percent [support] of the Seychellois population. With the important work that we have done, I think we’ve reached even higher and we believe we will have a comfortable majority in the National Assembly.

Editor’s Note: SNA is publishing an interview with the leaders of the three political parties contesting the September elections as well as the three independent candidates contesting the vote. The interviews appear according to the order of the ballot paper.