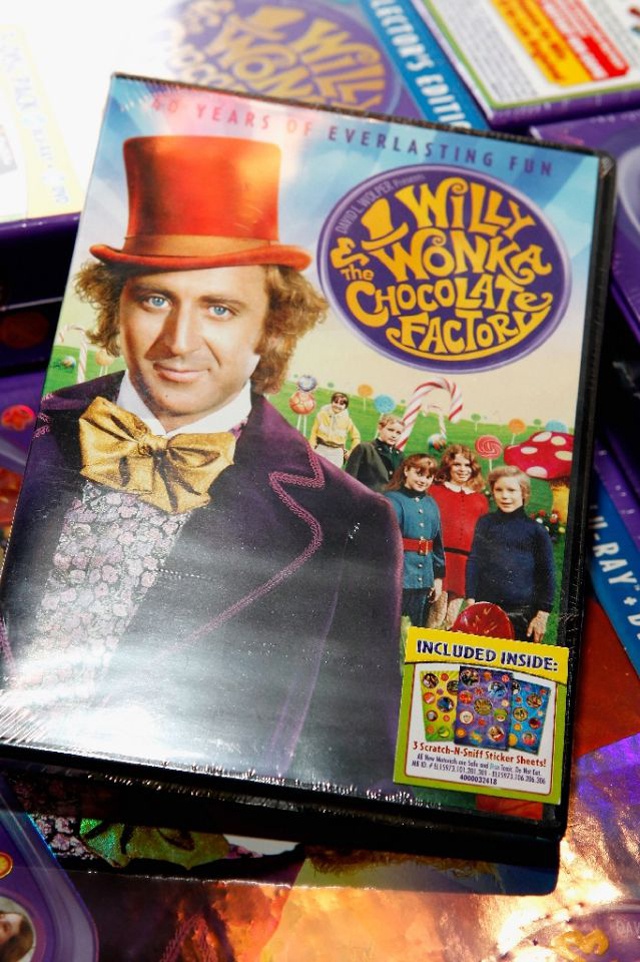 (AFP) - Gene Wilder, who delighted audiences with his comic turns in "Willy Wonka & the Chocolate Factory" and Mel Brooks classics including "Blazing Saddles" and "The Producers," died Monday at age 83.

His nephew Jordan Walker-Pearlman said the actor died of complications from Alzheimer's, holding hands with family members and taking his last breath as Ella Fitzgerald's "Somewhere Over The Rainbow" played on a speaker.

"It is with indescribable sadness and blues, but with spiritual gratitude for the life lived, that I announce the passing of husband, parent and universal artist Gene Wilder, at his home in Stamford, Connecticut," Walker-Pearlman said in a statement.

"It is almost unbearable for us to contemplate our life without him."

Wilder, whose third wife Gilda Radner died of ovarian cancer, was treated for lymphoma in 2000 and had worked only sporadically since.

He was acclaimed for his turn as The Waco Kid in Brooks's third film, the spoof Western and box office smash "Blazing Saddles."

The 1974 movie shot down the myths perpetuated about the American West, pouring light on closeted racism, but it is also stacked full of gags and is often listed among critics' top 10 comedy films.

Brooks and Wilder joined forces on their Oscar-nominated script for the director's next film, "Young Frankenstein," which poked fun at the Universal horror pictures of the 1930s.

"Gene Wilder - One of the truly great talents of our time. He blessed every film we did with his magic & he blessed me with his friendship," Brooks said on Twitter.

The Milwaukee native, known for his impeccable timing and frizzy hair, got his break in the 1961 off-Broadway production of Arnold Wesker's "Roots" and followed with his Broadway debut as the comic valet in Graham Greene's "The Complaisant Lover."

His other Broadway credits include "One Flew Over the Cuckoo's Nest" (1963), alongside Kirk Douglas, and a production of "Mother Courage and Her Children" a year later, in which he co-starred with Anne Bancroft.

Bancroft was dating Brooks -- her future husband -- and introduced the pair, who hit it off immediately.

The director showed Wilder an early script entitled "Springtime for Hitler," which would eventually become "The Producers."

Wilder won the first of his two Oscar nominations for his portrayal of Leopold Bloom in the film -- his first major role.

It was however his portrayal of eccentric candy impresario Willy Wonka in the 1971 musical fantasy based on Roald Dahl's 1964 book "Charlie and the Chocolate Factory" that turned him into a superstar.

Wilder co-starred with Richard Pryor in several movies including the train-murder comedy "Silver Streak" (1976) and in "Stir Crazy (1980).

His last major role was in a TV film version of "Alice in Wonderland" in the late 1990s, which also starred Ben Kingsley and Martin Short.

Born on June 11, 1933, Wilder spent his formative years trying to keep up the spirits of his ailing mother, who had a heart attack when he was just six and died 17 years later. His father was a Russian Jewish immigrant who imported alcohol bottles.

He developed a love for acting when he played Willy Loman in a high school adaptation of Arthur Miller's "Death of a Salesman," graduating from the University of Iowa with a degree in theater.

Wilder, whose real name was Jerome Silberman, studied at the Old Vic School in Bristol, England, becoming a talented fencer, and spent some time in the US Army before committing to acting.

In 1997 he guest-starred on two episodes of NBC's "Will and Grace," winning an Emmy Award for outstanding guest actor on a comedy series for his role as Mr. Stein, Will Truman's boss.

Walker-Pearlman said Wilder's Alzheimer's, which he had kept private, "never stole his ability to recognize those that were closest to him, nor took command of his central-gentle-life affirming core personality."

"He continued to enjoy art, music, and kissing with his leading lady of the last 25 years, Karen. He danced down a church aisle at a wedding as parent of the groom and ring bearer, held countless afternoon movie western marathons and delighted in the company of beloved ones," he added.