Interview Parti Lepep leader President Michel: ‘We are proposing a new team that will continue to ensure that government delivers’ 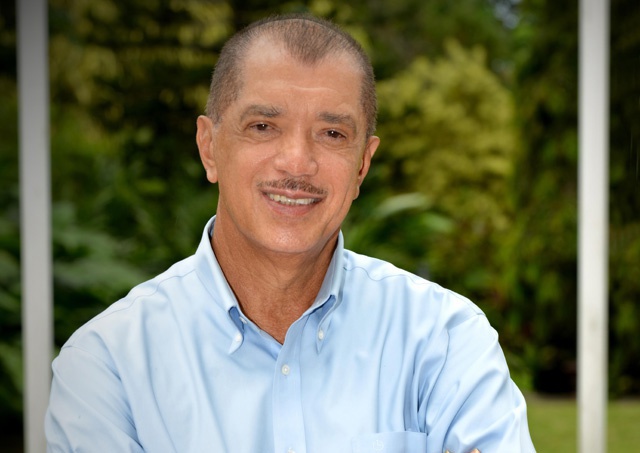 (Seychelles News Agency) - With only a little more than a week remaining before the start of parliamentary elections set for September 8-10 in Seychelles, campaigning has intensified in the island nation of around 93,000 people.

During the coming days SNA is proposing interviews with the leaders of the three parties as well as the three independent candidates. The interviews will appear according to the order of the ballot paper.

In the first interview SNA speaks to James Michel, leader of the ruling Parti Lepep, one of three parties with a line-up of 11 women and 14 men.

Michel talks about the party’s proposals and manifesto, the country’s political landscape ahead of the elections and conviction of having the support of the voters.

SNA: Firstly Mr President, what is Parti Lepep proposing to the voters going into the legislative elections in 2016?

President Michel: Parti Lepep is proposing a modern National Assembly. A dynamic legislature. To continue rallying the nation to deliver progress in a more effective manner. And to start with, we need the backing of all the people who believe in a better future for our nation. A future for all, without discrimination. After my election in December I introduced a long list of changes and measures to take Seychelles to the new level of progress. Almost 100 items. Among these are higher pensions, facilitating youth employment, a new approach in helping drug abuse victims, day-care subvention, a reduction in house purchase, new ways of assessing the needs of the vulnerable. In my manifesto for the presidential election, I also said we needed to reclaim more land, another example of future developments, in order to build new houses and create space for industries. Our elderly people are living longer, and I have promised better quality health to match the higher life expectancy.  I do not have a magic wand. I need the support of the National Assembly -- the legislative arm of government -- to pass the laws, and also very importantly, to approve the budget we need to finance and implement the life-improving programmes. Service delivery depends on the national budget when it is presented before the National Assembly in December. Opposition MNAs never approved the budget before, except on one occasion, in 2007, when there were new benefits for them. The Parti Lepep MNAs [member of the national assembly] are presenting their own agenda for their districts and the nation.  Going into the September National Assembly elections we are proposing to the electorate a new team of MNAs who will continue to ensure that government delivers. Parti Lepep believes that the role of an MNA is not only in the National Assembly but also in the districts they are representing. They will listen, consult, debate, propose, take the concerns of their constituencies to the authorities, and help with the sustainable transformation of our country.

SNA: What are the main themes outlined in Parti Lepep’s manifesto for the upcoming vote?

President Michel: Stimulate positive change within the National Assembly system. One of the themes is “Your MNA, your voice in the National Assembly, your support in the district”. Our MNAs will defend the rights of the people and ensure that government acts within the ambit of the constitution. They will defend your dignity, protect and improve public services. Also, importantly, they will preserve peace and stability. Our MNAs will ensure that our 40-year accomplishments, undertaken by our government and people, are not destroyed. Parti Lepep’s future MNAs will work to promote our social cohesion among our people, all our people. They will look for resources for developments in the districts. They will dedicate more of their time to parliamentary activities. They will review outdated laws, boost women representation in national affairs, give the public access to the records of committee meetings.  Already we see that the future National Assembly will have more sessions. Another theme is permanent representation of the youth and workers in the National Assembly. There is also the monitoring of factors that impact on the cost of living and the empowerment of groups in the community. Another important theme is the maintenance and improvement of the levels of education, health and housing we have attained so far. They will maintain a permanent presence in the districts in order to stay connected with the people.  We will set up a committee to monitor indications of natural disasters, assess the levels of social scourges such as drugs, and do our part to keep Seychelles free of terrorism.  Constructive politics is another of our themes.

SNA: ‘'Nou pli determinen ki zanmen' [We are more determined than ever] is the campaign theme. Why this as the theme?

President Michel: It is about doubling our effort, putting in more work, being more effective when serving the people. We are now living in a modern Seychelles but the struggle continues. There’s always things to do, to change, to do better, otherwise we regress. Challenges are new and different. It’s about a new way of doing things which calls for new determination, more firmness of purpose, more resolve, more innovation and creativity in our people-given mission to take our Seychellois nation to a higher level of development.

SNA: Parti Lepep has maintained a majority in the Assembly since the return of multiparty democracy in 1993. Is the party confident of maintaining its majority in the coming elections?

President Michel: We have to maintain our majority in the National Assembly. There is no such thing as a ”balanced” assembly. Voters elect a majority to allow the country to move ahead. Seychellois voters are mature. They know what is at stake. They will vote for the approval of the national budget in December, and not for chaos. They know that only a Parti Lepep majority will guarantee stability, peace and uninterrupted progress in the country. Seychellois have experience of boycotts by opposition members. We are seeing many people returning to the Parti Lepep fold. People have welcomed the announcements for progress I made in February in my State-of-the-Nation Address, and are now looking forward to the full realisation of my manifesto over the coming years.  We have made our own forecast of the result. It is good.

SNA: There is a belief however that the next assembly will be different in composition. How will Parti Lepep work with the other parties to push through the government’s agenda in the event it does not secure a majority?

SNA: Parti Lepep officially presented its line-up for the elections in June. Does this give ample time for the representatives to get acquainted with their electorate and lay down their plans for the districts?

President Michel: We have the advantage of having a party that is deeply rooted in the districts. People of all political affiliations know the programmes of our party, from the inception of the SPUP [Seychelles People’s Progressive Front] to the present. Our accomplishments are acknowledged worldwide. Parti Lepep MNAs have many roles, which I have mentioned before, but firstly it is in the National Assembly where laws are debated and voted on, and in the districts where they are at the side of their constituents, to push for government measures and programmes that improve their lives.  Elections can be held at short notice, and we have to pick candidates at short notice. We have to be prepared for any situation. We recognise that there is a learning curve for all of us. We are amazed at the energy and actions of the members of our line-up. They are now ready for the bigger task ahead.

SNA: In June 2015, Parti Lepep had already presented a line-up, but a year down the line this was revamped seeing 10 newcomers some of them new on the political scene. What prompted the change in the line-up?

President Michel:  As I said there is a time to learn, to establish relationships, take on new roles and decide.  In Parti Lepep we are fortunate that we have a lot of people who can take on different responsibilities. They are people who take the initiative, are daring, and love Seychelles. The country needs them in various functions useful to the nation. They constitute the next generation of leaders.

SNA: Should Parti Lepep win a majority would there be any immediate decisions/measures taken?

President Michel: Often immediate decisions or measures come from special situations. Of course, our MNAs will lead the process to reform the National Assembly. Our stated agenda is to build a dynamic legislature, remain connected with the people, strengthen our base in the districts, push for national and community developments for the benefit of all Seychellois, preserve our accomplishments and ensure stability in the country. All members of the next National Assembly will discuss measures to realize these noble objectives.

SNA: Seychelles is a small country – only 93,000 people – and we have seen a sudden rise in the number of people coming onto the political scene and forming political parties. How does Parti Lepep view such developments?

President Michel: Our Constitution guarantees the rights of every citizen to assemble, associate and participate in national affairs. After all, this is what democracy is all about. No one, no group, no political party should have a monopoly on politics. Parti Lepep has never campaigned against the formation of new political parties, although we may not agree with policies which are in opposition to ours. We therefore accept their rights.

SNA: The parliamentary elections come less than a year following the presidential vote and the country has been more or less in a campaign mode since then.  How have you seen the atmosphere in the country?

President Michel: The atmosphere we are experiencing now is a continuation of the campaigning for the December elections. More political parties, through alliances and new political movements, independent candidates, are taking part in the upcoming elections. There have been court cases. Regrettably, we also notice a high level of intolerance by some political groupings in the opposition towards new parties wishing to exercise their fundamental rights to actively participate in government. There have been some unlawful activities.  Some expressions on the social media border hatred and racism. But that is the sad state of Facebook in Seychelles. It is not the atmosphere that we would wish to prevail in our country.

SNA: What message does Parti Lepep have for the voters for the remaining campaign period and for the election days?

President Michel: I urge all Seychellois to reject violence and confrontation, and to conduct themselves in a responsible and peaceful manner. I urge all voters to assess the political landscape well. Think of your future, that of your children and family.  See the election as a platform to go forward unimpeded, and not to be used as an exercise to block the budget, to arrest your own development. Let us build on our achievements. Vote for progress, for peace, for economic stability. Let us join hands to pray for tolerance and respect for each other’s views. In spite of the campaigning, we remain brothers and sisters, neighbours, sharing this beautiful land God has given us.

SNA: Finally, what is Parti Lepep’s prediction of the outcome of the elections results?

President Michel: We have the support of the people.

Editor’s Note: SNA is publishing an interview with the leaders of the three political parties contesting the September elections as well as the three independent candidates contesting the vote. The interviews appear according to the order of the ballot paper.