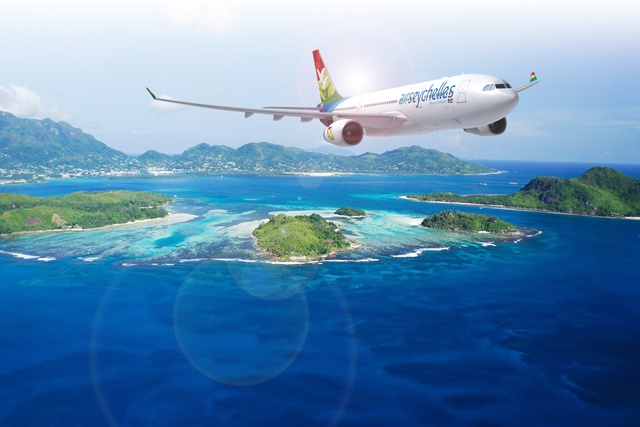 Seychelles' national carrier came second for Best Airline in Africa for 2016 according to the Skytrax World Airline Award for 2016. (Air Seychelles )

(Seychelles News Agency) - Air Seychelles is the highest ranking airline in the Indian Ocean region, according to the Skytrax World Airline Award for 2016.

Seychelles' national carrier came second for Best Airline in Africa for 2016 with neighbouring island nation Mauritius third and Air Austral from Reunion, a French department in the region, in 10th place.

Air Seychelles chief executive Roy Kinnear welcomed the announcement, describing the ranking as a seal of recognition by people and organisations outside the airline.

“To receive such a ranking is truly acknowledgement that Air Seychelles is doing a great job and delivering in many aspects that receive open appreciation, awareness, attention and applause,” said Kinnear.

Kinnear added that the company is extremely satisfied with the ranking as the airline faces tough competition in the Indian Ocean and Africa regions.

“Competition in the Indian Ocean and Africa as a whole is very strong and for a boutique airline that we are, we can be very proud of the awards received so far.”

Kinnear added, “We should not forget that as a small sized airline we are competing against much bigger organisations and to receive such a ranking in Africa is surely a cause for celebration.”

The South African Airways was voted the best airline in Africa for 2016. The rankings gave the best airline award to Emirates, ahead of Qatar Airways and Singapore Airlines. In the top 100 airlines, Air Seychelles retained its 63rd place.

The Skytrax World Airline Award is seen as the Oscars of the aviation industry and is voted by airline customers around the world. Established in 1989, Skytrax is an airline consulting and rating company based in London, United Kingdom.

This is not the first time that the national airline of Seychelles, a group of islands in the western Indian Ocean, has gotten high recognition for its services. In April this year, Air Seychelles scooped accolades in all four available categories for airlines at the World Travel Awards: Best Business Class, Best Cabin Crew, Leading Indian Ocean’s Airline and for the first time in its history Best Economy Class.

Kinnear said Air Seychelles today is “a self-sufficient, sustainably profitable airline with a structured development plan which allows us to grow both internationally and domestically.”

On the question of winning the top airline spot one day, Kinnear said that while the airline will continue to invest in technology, product and services, the people involved at both ends -- service delivery and clients -- are the deciding factors.

“Going forward, we will continue our strong focus on continuously improving customer service and focusing on how our people can improve the journey satisfaction for all our valued guests,” he said.

The airline maintains a strategic partnership with Abu Dhabi’s Etihad Airways, which ranked sixth among the top 100.