Interview with Georgie Prudence: I am confident of the move to stand as independent candidate 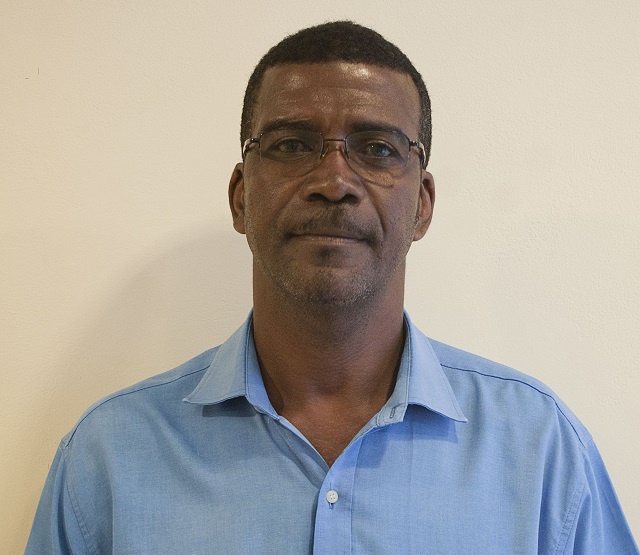 (Seychelles News Agency) - Georgie Prudence, one of three independent candidates contesting Seychelles' parliamentary elections, says his objective is to bring in diverse opinions that will benefit the country’s democracy and economy.

Prudence, 54, is contesting the vote in Mont Buxton, a central district of the main island, Mahe, alongside candidates from three political parties contesting the Seychelles' parliamentary elections set for September 8-10.

He speaks to SNA about his determination to become a neutral voice in the national assembly and his assurance of having the support of Mont Buxton voters.

SNA: Firstly Mr Prudence, why stand as an independent candidate and not affiliate with a political party?

GP: I have a degree in political science and for the longest time I was affiliated with Parti Lepep [the ruling party]. I have done a lot of work for that party but up until now I do not feel appreciated for the work done. That is why I have decided to stand as an independent candidate. I also feel that my experience as a politician can bring some diversification to our democracy. More diverse opinions will in turn be better for our economy. This is my objective as an independent candidate.

SNA: It’s been only a few weeks since you registered as an independent candidate, how do you expect to lure supporters in your corner?

GP: I am dedicating most of my working hours, although I am self-employed, to do ground work in my district [Mont Buxton]. I am keeping in touch with the people and listening to them. I am not promising anything but I have given them my word that if elected, I will work for to represent their interest in the National Assembly. As a new comer in the field of parliamentary elections I appreciate the support I have been getting from the people in my district.

SNA: Do you have a manifesto. What are your proposals?

GP: I do not have a manifesto at present, but will be working on one soon. However, my principles are clear. What I would like to tell voters in Mont Buxton is that I am not going to implement a project more than once. I believe that we need to have better planning among the different agencies involved in carrying out a particular project. In the past we have had to wait for a long time for certain projects to start and there instances where money have been spent but the project has never seen the light of day. We also have projects that have started and are still ongoing for more than 15 years. For me it doesn’t matter if I get to implement one project per year, as in five years I would have implemented at least five projects, which will not have to be redone.

GP: I do not think that it has been fair, in the sense that those who were aware of the date of the elections had the advantage of starting their campaign beforehand. I believe that when the referee blows the whistle at the starting line, we should all start the race together.

SNA: You are contesting this election against well-established political parties and other independent candidates on the political. How do you find your chances of actually winning a seat in the National Assembly?

GP: That is an interesting question. If I was not confident, honestly, I would not have made this move. I have made this decision because I am confident and feel that the people of Mont Buxton are behind me. My confidence lies in the fact that I have been a resident of Mont Buxton my entire life and I have worked hard for the district. I have been present during different circumstances be it natural disasters, cleaning up, emergency and also during the good times.

Furthermore, I have been around working with Parti Lepep for many years and this visibility and popularity is still there. Therefore, I am very confident that I am considered as the ideal candidate because I am not affiliated with any political parties.

I am aware that it would be very difficult for me to work as an independent candidate, but I do not believe in the word impossible. If I have a voice and the issues that I put forward as the district’s representative in the assembly are acknowledged, I will be more than satisfied.

SNA: Going into an election can be costly. Do you have any financial backing or you are self-funding your campaign?

GP: Georgie Prudence is standing as an independent candidate for Mont Buxton with zero financial support at his disposal. I would be very happy to receive some support but up until now this has not happened. I have paid for everything from my deposit to register as a candidate, printing of posters for billboards, my political spots for radio and television and other campaign materials that I need for this election. The only financial support received was from one of my supporters who offered to pay one third of the printing cost for my billboard posters.

GP: An independent voice is not corrupt and is not influenced by any tendencies. An independent voice, I believe, is the strongest voice in the assembly. My role in the National Assembly is to be fair. I will not be taking any sides, otherwise I would have stayed with Parti Lepep or I would have crossed the floor. I prefer to be neutral. It is very difficult but I have decided to take on the challenge and I am determined to do what is best for Seychelles and for our democracy.

However, let me reiterate that independent candidates should not stand alone. If elected as a member of the National Assembly, the first motion that I will put forward is to have a budget that supports the financing of independent candidates for their political campaigns which is not the case at the moment. It is as if they are telling me to stay away and not to participate, without considering that I might have what it takes to be part of the country’s progress.

That is why we are in a situation where we are looking everywhere for teachers, nurses and other medical professionals. If we paid attention to the education and qualifications of our intellectuals this would have made a significant difference to the economy instead of seeing a lot of foreign exchange leaving the country. The amount of foreign exchange going out of the country today is more than what is actually coming in. So, as an Independent candidate in the National Assembly, these are some of the issues that I will try and address, if I get elected.

SNA: What is your message for the Seychellois voters?

GP: People should not be afraid because they will cast their vote through secret ballot. Do not be afraid to express your opinions, go into the elections and make your choice. Vote peacefully, go home and wait for the results. Whoever win let them celebrate in peace and most importantly respect each other’s opinions. I believe that the Seychellois nation is highly respecful, it’s in our culture, so let us practice this respect for one another.

SNA: What is your expectation/prediction for the elections?

GP: I believe that it is going to be a very tight battle compared to previous elections.