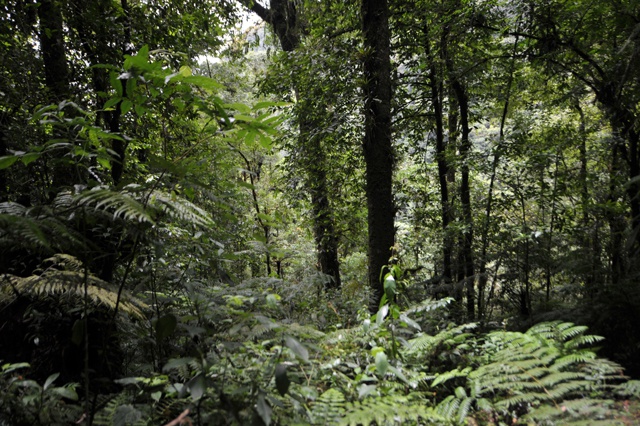 Picture of the forest in Trifinio, a biosphere reserve shared by Salvador, Guatemala and Honduras, in the municipality of Concepcion Las Minas, department of Chiquimula, 220 km east of Guatemala City, taken on June 15, 2011. (AFP PHOTO/Johan ORDONEZ)

Malawi and Guatemala committed to restoring a total of 4.54 million hectares (11 million acres) of degraded land, officials said at the International Union for Conservation of Nature (IUCN) World Conservation Congress.

The pledges are part of the Bonn Challenge launched in 2011 to restore 150 million hectares of degraded and deforested land by 2020.

"We have crossed the 100 million hectare milestone to 113 million hectares and we are well on our way to achieving the Bonn Challenge target," said human rights activist Bianca Jagger at a press conference.

"For those who don't think this is an important announcement, you should think twice. This is probably one of the most important initiatives that exist in the world today."

A total of 36 governments, organizations and companies have now committed to the Bonn Challenge, launched in 2011 by Germany and the IUCN and endorsed by the UN Climate Summit in 2014.

Its ultimate goal is to restore 350 million hectares by 2030.

The IUCN says reaching that goal would generate $170 billion per year in net benefits from watershed protection, improved crop yields and forest products, and could sequester up to 1.7 gigatonnes of carbon dioxide per year.

Other countries that have pledged land recently include Panama, Cote d’Ivoire, the Central African Republic, Guinea and Ghana.