Seychelles' national team out of African competition after loss to Ethiopia 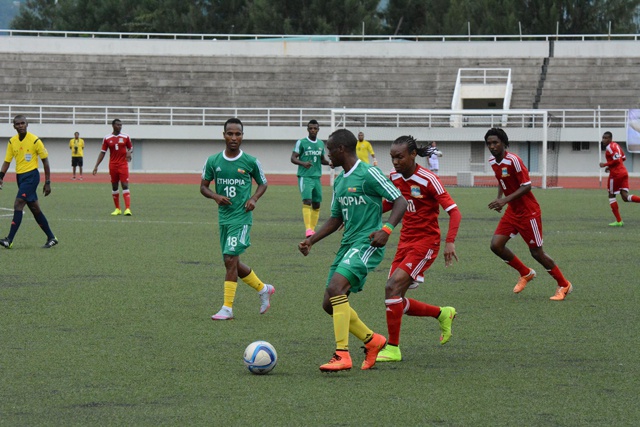 (Seychelles News Agency) - The Seychelles' mens national team are out of the Africa Cup of Nations 2017 (AFCON2017) after they lost 2-1 in their last match of the group on Saturday.

Prior to the team’s departure on Thursday, the Seychelles team coach Ralph Jean-Louis told SNA that this time they are aiming for a better result, if not a win at least a draw.

Jean-Louis’ hope was given a boost in the first half when a defensive mistake by the Ethiopian goalkeeper Jemal Tassew gave Seychelles the lead in the 21st minute.

However, Ethiopia came back with an equalizer through Getaneh Kebede's goal, making it 1-1 at the break.

Ethiopia scored another goal ten minutes into the second half to win the match 2-1. The last time the two teams met in the AFCON2017 in September 2015 the match ended on a 1-1 draw.

The result has left Seychelles 3rd in Group J with 4 points and gave Ethiopia, winner of the competition in 1962, 11 points, with an outside chance of qualifying as a best runner-up. The group is led by Algeria who will face Lesotho on Sunday with 13 points.

The two best runners-up of the competition will join the winners of the 13 group at the finals in Gabon.

The match against Ethiopia was the last international encounter on the calendar this year for Seychelles' national team.