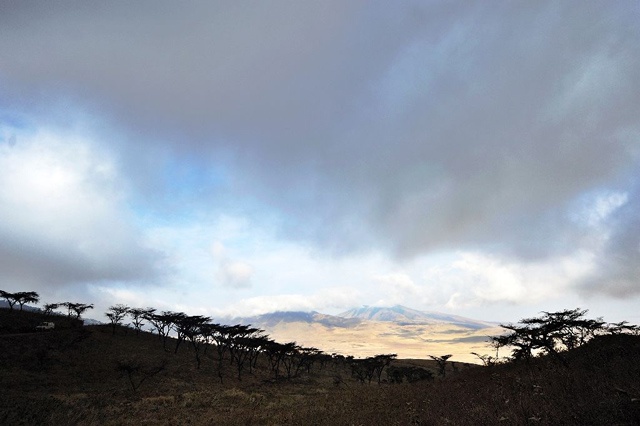 (AFP) - At least 13 people were killed and 203 injured in northwest Tanzania when a 5.7 magnitude earthquake hit the country Saturday, local authorities told AFP.

"The toll has climbed from 11 people dead to 13 and from 192 injured to 203," said Deodatus Kinawilo, District Commissioner for Bukoba, the town close to the epicentre of the quake.

"For now, the situation is calm and under control," said Kinawilo, who was reached by telephone.

"Some people have been discharged from hospital," he told AFP. "We don't expect many more injuries. We'll see tomorrow."

Residents of Bukoba had said earlier that some houses there had caved in, and Augustine Ollomi, the Kagera province police chief in charge of the Bukoba district, had said "rescue operations are ongoing".

The epicentre of the 1227 GMT quake was about 25 kilometres (15 miles) east of the north-western town of Nsunga on the border of Lake Victoria, according to the US Geological Survey.

Earthquakes are fairly common in the Great Lakes region but are almost always of low intensity.

"My brother was driving around town, suddenly he heard the ground shaking and people starting running around and buildings collapsing," he said.

The quake rattled the entire province of Kagera. Parts of Mwanza region further south also felt the quake but there was no impact, he said.

No damage had been reported in the economic capital, Dar es Salaam, which is located some 1,400 kilometres southeast of Bukoba.

"It's safe in Dar but we are still worried about the safety of our family," the AFP correspondent added. "The regional hospital is overwhelmed and can't handle any more patients."

"Emergency operations are poor and the government isn't saying anything," he said.

The earthquake was felt as far away as Rwanda, Burundi, Uganda and Kenya, the US Geological Survey said.

"The walls of my home shook as well as the fridge and the cupboards," said an AFP correspondent in the Ugandan capital Kampala.

AFP journalists in Democratic Republic of Congo said it was felt, though faintly, in Bukavu in the east, but not in nearby Goma or Lubumbashi.

Africa » Be a reporter: Write and send your article » Subscribe for news alert
Tags: Tanzania, earthquake