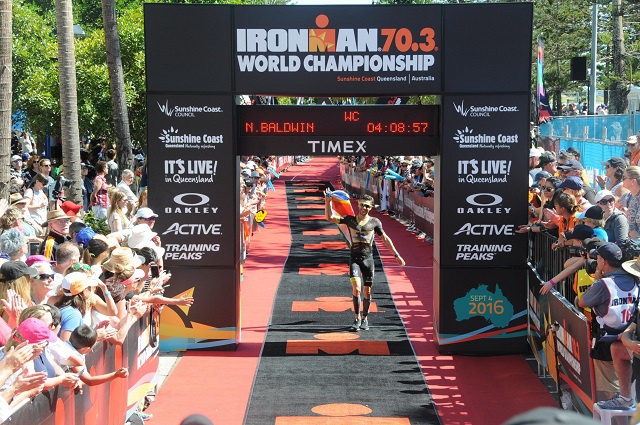 The Australia race marked Baldwin’s debut in a World Championship as a professional triathlete. (Nick Baldwin)

(Seychelles News Agency) - Seychellois Nick Baldwin said Monday he was pleased with his performance at his first Ironman World Championship race as a professional triathlete and is planning to use lessons learnt to improve in future races.

Baldwin was ranked 31st among 42 professional triathletes and recorded an overall 42nd place finish at the end of the  World Championship in Queensland, Australia on September 4.

“Going into this race I wasn’t fixated on achieving a certain placing, as my focus was on executing the best race that I was able to,” Baldwin told SNA.

“When you’re racing at a World Championship there’s nowhere to hide. You’ve got to come out and give everything you’ve got. I certainly did this and the truth is that the top athletes are a step above.”

Baldwin was among nearly 3,000 triathletes -- professional and amateur -- from across the globe considered fastest in the field who took part in the competition. They all had to swim, bike ride and run a total of 70.3 miles.

“Racing 70.3 miles is always tough, but thankfully race conditions on the day were close to ideal.  Although my swimming has improved, there’s still a lot of work to do to reach that front swim group,” said Baldwin.

“The bike was probably the highlight of the day for me, as I rode a well-paced bike leg and was able to maintain and even run pace to the finish line. I was a few minutes off my personal best time in the run, but overall I was very pleased with how the day went.”

The Australia race marked Baldwin’s debut in a World Championship as a professional triathlete.

He has described the exposure as one that provided “a lot of lessons which I can apply to future training and racing.”

“It was inspiring to race against the world’s best triathletes, and it certainly gave me added motivation to continue to work hard and improve in the future.”

The World Championship race in Australia was won by Australian triathlete Tim Reed.

Baldwin is scheduled to take part in Ironman Wales in the U.K. on September 18.