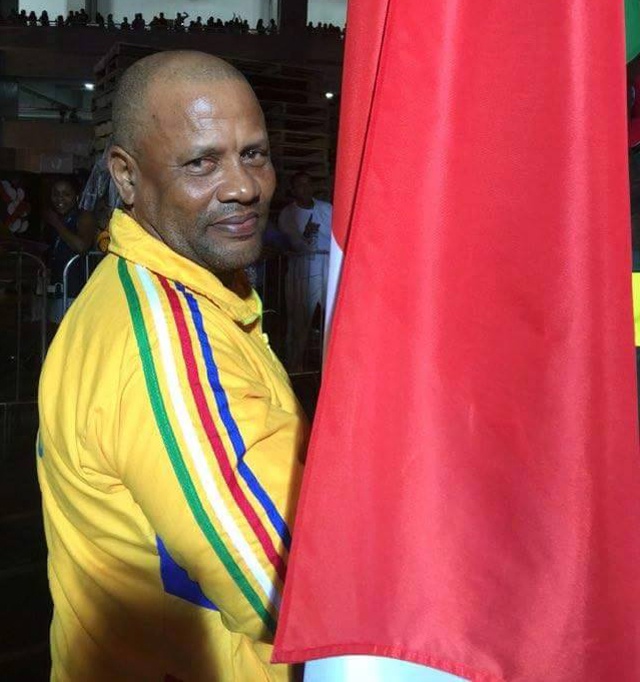 Cyril Charles, Seychelles' sole athlete in the Paralympic Games taking place in Brazil made a javelin throw of 16.97 metres, setting a personal best in spite of finishing last among 14 participants. (Vincent Cedras)

(Seychelles News Agency) - Seychelles' sole athlete in the Paralympic Games taking place in Brazil set a personal best in the javelin, but says he could have performed better with more focused training prior to his participation.

“I am not quite satisfied with my results. The training and equipment I used for preparation hindered my performance,” Charles told SNA on Tuesday.

The gold medal for javelin went to Iranian Mohammad Khalvandi with a throw of 46.12 metres.

The 53-year-old Charles is a one-legged amputee, and he says the biggest problem he faced was the chair he used. “I do not have the sitting chair that is necessary for this event.”

Charles was accompanied to the Games by his coach Vincent Cedras, who had told SNA previously that “winning a medal is going to be tough as Charles have not gone through intensive training.”

Cedras said the Games were a good experience, and they have learned a lot.

“There is a lot of work to be done now on the coaches and athletes side. We must have a programme for getting athletes, quality training and coaches so that we can get a medal at the next Games,” Cedras said.

The Paralympic Games are being held in Rio de Janeiro, Brazil from September 7-18. The games are the biggest sporting event for athletes with physical, mental and sensorial impairment. It is typically held immediately after the Olympic Games.