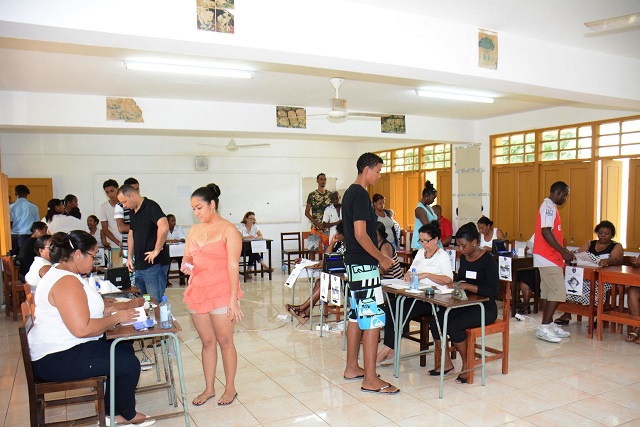 (Seychelles News Agency) - Seychelles should undertake a voter census as soon as possible and consider one-day voting instead of three days, a local observer group said on Wednesday.

On the need for the electoral commission to undertake a voters’ census, the chairperson of the CDWS, Eline Moses, said her team had observed instances where voters who had not resided in a district for years were allowed to vote in that electoral area.

“A voter census will ensure there is a clear, concise and credible voter register,” she said, adding that the accuracy, accessibility and credibility of the voters’ register are critical for the success of an electoral process.

Moses also expressed concern over the disenfranchisement of some voters.

“As soon as an election is called, the voters’ register remains closed until after polling, meaning people who turn 18 during that period are not allowed to cast their votes, depriving them of their right to elect a candidate of their choice.”

Other recommendations made by the CDWS include the setting up of an electronic system for elections purposes, and for the relevant bodies to consider reducing the voting period to one-day.

“With an estimated population of 72,000 eligible voters, consideration should be given to reduce the voting period to one day instead of three days,” Moses said.

While the local observer mission praised the electoral commission for the voter education conducted ahead of the polls, a process the group said was more informative and more frequent, it has called for the need to have continuous voter education.

CDWS has also called on the commission to consider reviewing the Elections Act to cater for the announcement of results at the respective polling stations. Moses said this will add to the transparency of the process and electoral integrity.

CDWS has also recommended the setting up of more than one polling station in places with large populations for future elections.

Larger time frames for registration of political parties ahead of nomination day, a need for a binding code of conduct for media coverage during election time, regular updating and operational status of the electoral commission’s website were among the other recommendations.

CDWS said that the September 8-10 vote was held in a peaceful and orderly atmosphere.

“Seychellois have been able to exercise their democratic rights and therefore we are all winners regardless of how we voted,” Moses added.

CDWS is the first local observer mission to present its preliminary report after four international observer missions presented their statements earlier in the week. Formed in 2011, CDWS was observing its fourth election process in the 115-island archipelago in the western Indian Ocean.

Another local observer group, Association for Rights, Information and Democracy (ARID), is expected to present its report this week.

Voting to elect the sixth National Assembly saw the opposition coalition Linyon Demokratik Seselwa (LDS) win a majority for the first time since Seychelles, a 115-island archipelago in the western Indian Ocean, saw the return of multiparty democracy in 1993.

CDWS plans to present a final mission report at a later date.