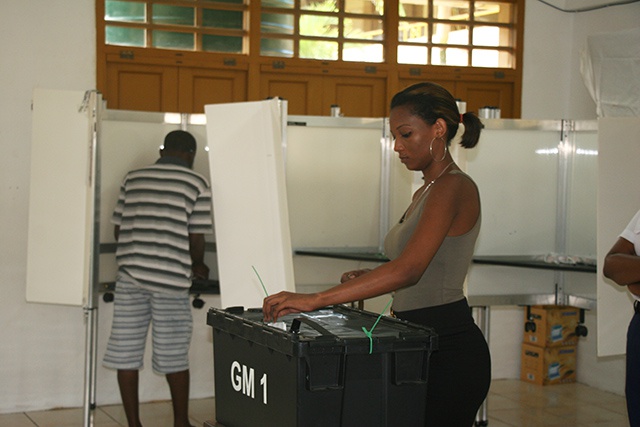 Generally, the International Organisation of La Francophonie which observed last week's parliamentary elections in Seychelles has praised the organisation of the elections, saying it was held in a peaceful and calm atmosphere (Rassin Vannier, Seychelles News Agency)

The organisation has called for continued efforts “to strengthen the independence and credibility of the electoral commission.”

Echoing the findings of five other missions that have already presented their recommendations, the IOF has also called on the electoral commission to take appropriate measures to update the voters list.

It also noted that measures should be taken to strengthen the secrecy of the voting booths as well as the education of the citizens on the electoral process.

The mission has called for the streamlining and revision of the legal framework for elections in Seychelles, including in the areas of litigation and financing of election campaigns.

Generally, the mission has praised the organisation of the elections, saying it was held in a peaceful and calm atmosphere and congratulated Seychellois voters who turned up in great numbers to exercise their right to vote.

“Our teams witnessed a peaceful and secure atmosphere, transparency in the voting and counting process,” reads the preliminary report.

It also acknowledged the professionalism and commitment shown by the electoral commission and election officials, who ensured the conduct of the elections.

The observers from the organisation of French speaking countries also noted a good representation of women among the electoral officers, the presence of representatives of the candidates in all polling stations as well as a strong mobilisation of domestic observers for the elections.

The group was led by Mohamed Dileita Dileita -- a former Prime Minister of Djibouti -- and comprised of a parliamentarian and election experts.

The final mission report detailing its findings and recommendations will be presented to the Secretary General of the International Organisation of La Francophonie Michaëlle Jean.

Voting to elect the sixth National Assembly saw the opposition coalition Linyon Demokratik Seselwa (LDS) win a majority for the first time since Seychelles, a 115-island archipelago in the western Indian Ocean, saw the return of multiparty democracy in 1993.