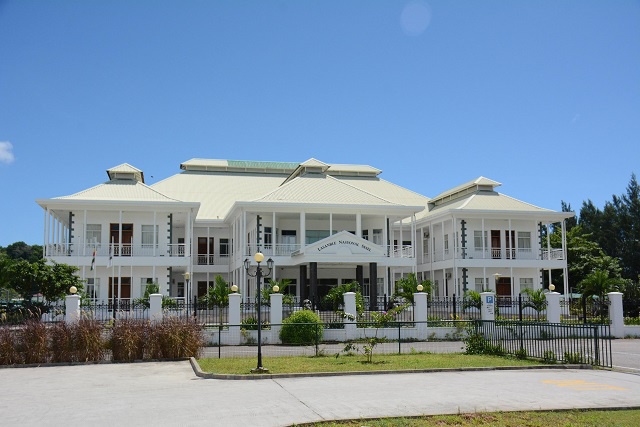 The president’s office said in a statement that the first meeting of the sixth National Assembly, summoned by President James Michel, is scheduled for Tuesday September 27, at 9.00am.

The proclamation was published in the official gazette on Monday. This is in accordance with the constitution, which states that this shall be done “not later than four months after the end of the immediately preceding session of the Assembly.”

The Seychelles' parliament was dissolved on Monday last week, a day after results of parliamentary elections held in the island nation were announced.

An opposition coalition -- Linyon Demokratik Seselwa (LDS) -- that won 15 directly elected and four proportionate seats will hold the majority in the assembly.

Parti Lepep, which has always held a majority in the house since Seychelles saw the return of multiparty democracy in 1993, will enter the sixth assembly with 10 directly elected and four proportionate members.

Both LDS and Parti Lepep have already announced their proportionate members.

LDS will see two newcomers in parliament -- Jany Letourdi and Flory Larue -- as well as two former parliamentarians -- Terence Mondon and Wavel Ramkalawan. All four stood in the recent parliamentary election, but lost to Parti Lepep candidates. Ramkalawan -- leader of the Seychelles National Party,  one of the parties that formed the coalition -- was the leader of the opposition in the assembly before his party boycotted legislative polls held in 2011.

Parti Lepep’s proportionate line-up is made up of three former parliamentarians: Chantal Ghislain, Sebastien Pillay and Simon Gill. Basil Hoareau -- who stood as a candidate in the September polls in Bel Ombre, a district in north Mahe, the main island, but lost to an LDS candidate -- will be making his debut as a parliamentarian as the fourth proportionate member.

The election of the speaker and deputy speaker of the house will be among the first business on the agenda, after the 33 new members of parliament have been sworn in.