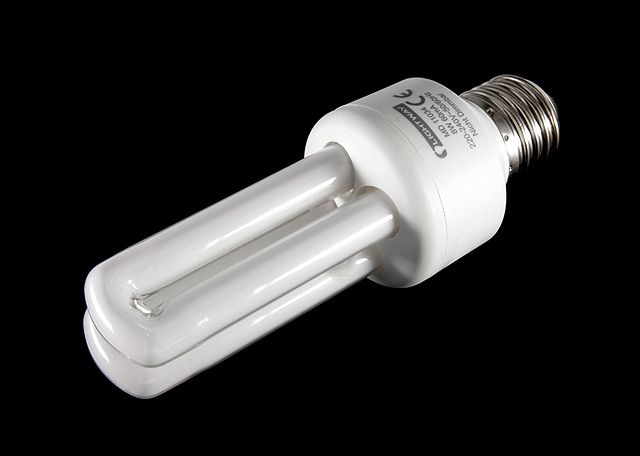 A fluorescent light bulb. This is one of the mercury-contained products in Seychelles. A new study has shown a 55kg release of mercury into the environment annually and is targeting the phase out of mercury use in five years' time. (Wikipedia) Photo License: (CC BY-SA 3.0)

(Seychelles News Agency) - A first-ever inventory on mercury emission in Seychelles has shown that 55 kilogrammes of the element is released into the environment each year, a local consultant has said.

Based on the outcome, Seychelles -- a 115-island archipelago in the western Indian Ocean has outlined a five-year plan to phase out the use of mercury-containing products.

Cliff Gonzalves -- the consultant who worked on the project with the help of some international technical experts on Tuesday told SNA that mercury released into the environment originate from a number of sources.

“For example, the amalgam filling used in government dental facilities, paints and mercury-containing devices such as fluorescent light bulbs, thermometers and barometers,”  he said.

Gonzalves noted that although mercury contained in the products might seem minimal, it does have a negative impact on the environment when they are imported in large quantity.

Gonsalves added however that although 55 kilogrammes might seem like a large amount of mercury “it is reasonable for Seychelles compared to other countries which are directly producing mercury.”

The largest source of human-generated mercury emissions globally is artisanal and small-scale gold mining, and this is followed closely by coal combustion.

Asia is the region considered to be the largest emitter of mercury, accounting for just under half of all global releases. According to an article published by the US Environmental Protection Agency in February this year, “recent estimates of annual global mercury emissions from both natural and anthropogenic sources are in the range of 5,000 to 8,000 metric tons per year.”

Mercury is a hazardous chemical that can cause serious health problems in humans if there is constant exposure.

The project funded and implemented by the United Nations Development Programme and Global Environment Facility (UNDP-GEF) has outlined some recommendations to address the issue of mercury releases in the environment.

There will be a need to address some regulatory issues, including the harmonization of the local Environment Protect Act with the Minamata Convention, which promotes global measures for the reduction of mercury emission.

The public will also need to be made aware of the issue through the dissemination of information.

The island nation is targeting to phase out the use of dental amalgam and other equipment and products containing mercury such as thermometers and lightbulbs.

Recommendations outlined also include the safe handling and disposal of mercury containing waste.

Seychelles has until 2021 to implement the list of recommendations, which Gonzalves said are feasible.

“We have been given ample time to comply with the Minamata Convention and each activity outlined in our report target a specific problem, such as the phasing out of the amalgam filling, which can be done in the shortest time possible,” Gonzalves told SNA.

Dinesh Aggarwal, a technical expert working with UNDP said that since Seychelles has only a few sources of mercury emission it will be easier to control and consequently reduce emissions.

“For example for imports, there are few ports in Seychelles, and you can always monitor those ports and have proper controls,” Aggarwal told SNA, adding that the country should ensure there is a law to regulate mercury emission and that it is enforced.

An American consultant, Dave Evers, who has also been involved with the mercury project has commended Seychelles for being among the first countries to prepare a report detailing mercury emissions and recommendations on how to tackle the issue.

Evers said now that mercury releases into the environment has been categorised and quantified, Seychelles could take a leadership role in “monitoring mercury and maybe create a regional hub for the Indian Ocean.”

Seychelles signed the United Nation’s Minamata Convention on Mercury in May 2014 and ratified the agreement in January 2015.

The Convention calls on all signatories to constantly measure the amount of the chemical and take measures to control its release into the environment.

The international treaty is named after the Japanese city of Minamata, which went through a devastating incident of mercury poisoning in the 1950s.