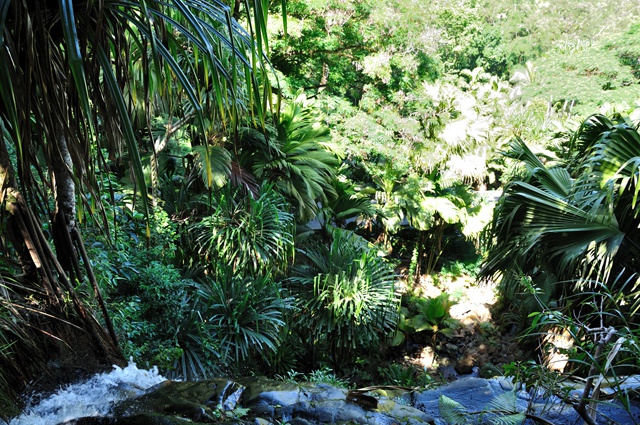 (Seychelles News Agency) - Part of the Seychelles' beauty and attraction to visitors is the country’s natural resources. The archipelago of 115 islands in the western Indian Ocean is home to an abundance of natural resources, including around 75 plant species.

With human development some of the wildlife species have disappeared, while others are in danger of extinction.

Thanks to conservation efforts, some plant species are now thriving.

This species has suffered much from exploitation for timber. It was more common before the cinnamon oil rush, when it is was used as firewood, which has caused a decline in its population.

Although regeneration has been done, numbers are still low. The plant can only be seen in steep inaccessible sites on the main island, Mahe.

The only site known for the species is the Morne Seychellois National Park with only two mature individual trees.

With the low population, it is in high danger of extinction.

This species is one that uses another plant -- usually a tree -- for its physical support, It is confined to the third-biggest island, Silhouette.

It is not found on Mahe mainly due to the destruction of its habitat.

It is related to the ornamental impatiens species. There are only about 120 plants left on Mahe and Silhouette.

The species is closely related to the ‘wallerina,’ and under a plant project a hybrid of the two has been produced.

The largest-known population between 10 to 20 trees are found on Mahe in the mountains of Sans Souci, but the species can also be found in the Vallee de Mai on Praslin and on Silhouette.

There are around 50 mature individual trees left.

Almost extinct on Mahe, there are only four sites with a few individual trees including Silhouette.

No seedlings have been found so the existing trees cannot support a viable population. The forest where the species is found is heavily invaded by other species, causing a decline in the quality of the habitat.

It is known as the jellyfish tree as the flowers resemble the tentacles of a jellyfish or the snakes that form the hair of the ancient Greek Goddess Medusa, which accounts for its scientific name.

The population is said to be declining with only around 86 mature individuals left. The species can be seen at Bernica, Mont Sebert, Mont Copolia and Mont Jasmin on Mahe.

The species got its Creole name because of its bright green leaves and its magenta coloured stalks.

There are six sites on Mahé where the species can be found and one each on Silhouette and Praslin.

There are only around 50 trees left. Montagne Planeau has a large and healthy population. Most other locations contain between one and five trees.

The species is only known on Mahe and Silhouette with an estimated 50 mature individuals left.

The population is said to be declining as there is record of only one young plant at Congo Rouge on Mahe.

It is only known only to Silhouette and there presently six individuals. More extensive surveys are needed to establish if this species is more common.

Intrinsic factors and invasive alien species are the main threats to this species.

7 reasons why Seychelles should be your No. 1 destination in 2020

8 ways Seychelles has been recognised for its dedication to the environment, Blue Economy

Songs, cheer and gifts: 7 staples of Christmas in Seychelles

6 dazzling Christmas displays in Seychelles to visit this holiday season