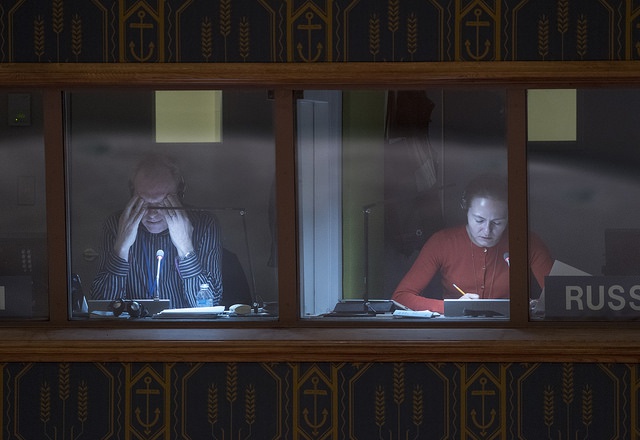 (Seychelles News Agency) - It was a diplomatic tongue twister, akin to a botched childhood poem: She sells Seychelles seashells by the Seychellois shore?

Interpreters working at the United Nations are expected to translate the speeches of world leaders and diplomats simultaneously into one of the UN’s six official languages. When working under such pressure, some unusual words or phrases are bound to get lost in translation from time to time. It’s no wonder then that the UN interpreters have a few entertaining stories to tell about their work.

In a recent interview with Canada’s CBC News, English-to-French interpreter Anne-Catherine Boudot recounted a tale of a time she was interpreting into French at an international convention in Geneva, Switzerland.

Boudot recalls feeling mildly confused as to why the diplomats were talking about shells, but said she proceeded to translate the word as coquillages, the French word for a seashell one might pick up at the beach.

“I spoke for a good 20 minutes," said Boudot. “All of a sudden my colleague looked at me and said: “I think they're talking about the Seychelles.”

It’s not unusual for people to be unsure of the correct pronunciation of cities and countries they have never visited.

In the case of Seychelles, sometimes even visiting diplomats and foreign dignitaries get the pronunciation wrong during their visits, even pronouncing the name wrong while giving media interviews and at official functions.

Most often, it’s mispronounced as ‘sea-shells’, but other more interesting variants have been noted, such as ‘say-sheels’ or ‘say-shell-es’. Things get even more confusing when the speaker tries and fails to name the people of the Seychelles. They are supposed to be known as Seychellois (pronounced ‘say-shell-waa’) but sometimes this can be mangled into ‘say-shell-oyze’ or ‘say-shell-eeze’, or even ‘sea-shell-eeze’.

Seychelles, a 115-island archipelago in the western Indian Ocean, is one of the smallest sovereign state with its population of just under 100,000 people. Many in the world may not know of the country’s existence, much less be sure of how to pronounce it.

The Seychellois people, however, are generally tolerant of the misunderstandings. Some will keep quiet and presume the visitor will catch up with the correct pronunciation in due course, while others will correct the pronunciation with a friendly smile and a joke to put the speaker at ease.

As for Boudot’s French-speaking audience on that day, they must have been surprised and bemused to be listening to a long speech about the decisions taken by some shells on a beach, but as the head of the UN's interpretations service, Hossam Fahr, said in the CBS News article "all interpreters are human - and to err is human."