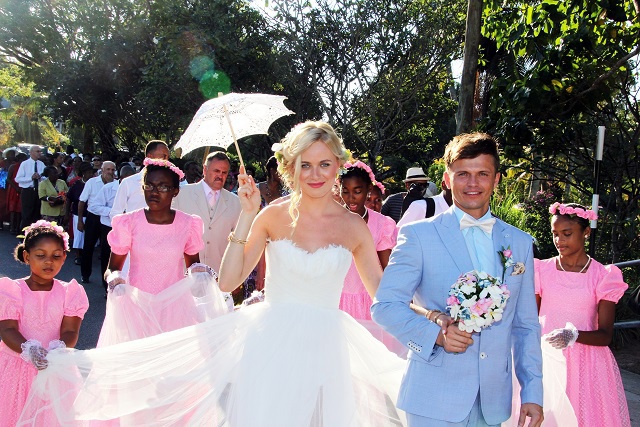 (Seychelles News Agency) - Seychelles is a young nation which can trace its roots to the first settlement in the 1700s.

Throughout its history the island nation has attracted people of five main groups: French and British settlers, African slaves, and Chinese and Indian traders.

The Seychellois population has therefore multi-ethnic roots and today the Creole nation is a mix of races and cultures which can be seen in the various festive activities.

SNA looks at the main five events celebrating the Creole nation of Seychelles including two upcoming ones held during the month of October.

This is a celebration of not only the historical links between the two countries but the longstanding relationship.

The celebration takes place in October and this year it is scheduled for October 14-16.

Activities organized are usually artistic exhibition and performances from well-known Indian artists, display and sampling of Indian cuisine and fairs.

It is the biggest manifestation where the Seychelles’ population celebrate their Creole identity. It offers a week of Seychellois colours, sounds and flavours celebrating the Creole Day which is October 28.

It is a week filled with musical entertainment, traditional folk dancing and food fairs all showcasing the Seychelles Creole heritage.

It is a multi-artistic festival and a colourful expression of African and Creole culture organised in May, to coincide with Africa Day on May 25, which marks the establishment of the African Union (AU) formerly the Organisation of African Unity (OAU).

During the festival African arts, cultures and cuisine are highlighted.

Usually this takes place over a couple of days. It's a celebration of colours and sounds in recognition of the historical and cultural links between the island nation and China.

China is one of the branches that make up the Seychelles Creole Nation of today.

Every year on March 20, the island nation joins the French-speaking world and celebrates ‘La Francophonie Seychelles’.

The celebration brings out not only the French language but the historical past of when Seychelles was a part of France.