GPS being used in survey of beach erosion in Seychelles 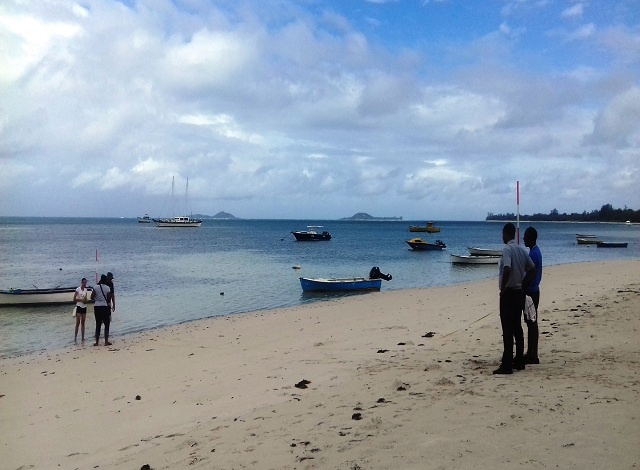 Global Positioning System -- or GPS -- technology is being used to mark specific points on the beaches in the survey and slopes will be measured and monitored every four months during low tides. (Seychelles News Agency)

(Seychelles News Agency) - Some of Seychelles' powder-white beaches -- a big part of the attraction of this island destination for visitors from around the globe -- face the threat of coastal erosion, prompting officials to deploy GPS units to better understand the problem, conservation officers say.

Using the Global Positioning System -- or GPS -- technology, specific points on the beaches in the survey will be marked and slopes measured and monitored every four months during low tides.

The new measuring method started on Praslin, the second-most populated island of Seychelles, as there are fewer beaches to mark than on the main island Mahe. Five beaches -- Anse La Blague, Anse Boudin, Anse kerlan, Grand Anse and Anse Marie-Louise -- will be monitored.

Estephan Germain, a conservation officer in the Department of Environment, told SNA that some of the beaches are facing erosion from higher tides and changes in the topography of the coast.

“Many of our beaches, such as Anse Kerlan, have already been greatly affected by erosion leading to measures such as rock armouring,” Germain told SNA.

Anse Kerlan, a stretch of coast located a few minutes’ walk from the airport of Amitie, is one of the beaches where rock armouring has been done to save not only the beach but the surrounding properties.

“As a one-time exercise it is not relevant, but in the long-term it will show any changes in beach profiles, and although we are powerless against nature, some measures can be taken before anything gets out of hand,” says Germain.

Andre Labiche, the coastal coordinator under the Department of Climate Change, told SNA on Wednesday that beach profiling was already being done on some beaches on Mahe with markings on the trees, which was easier but not permanent.

“We are making it permanent now using PVC pipe, and we are putting them in the sand, one on the dune and another one more inland as a backup,” said Labiche.

Seychelles, an archipelago surrounded by the Indian Ocean, remains vulnerable to climate change and the coastline is often subject to degradation and erosion with the rise in sea level and stronger waves.

Earlier this year, the chief executive of the Seychelles Meteorological Authority, Vincent Amelie, told SNA that: "There has been a rise in sea level due to climate change causing the waves especially when there is strong wind to become stronger.”