WHO urges price hikes on sugary drinks in obesity fight 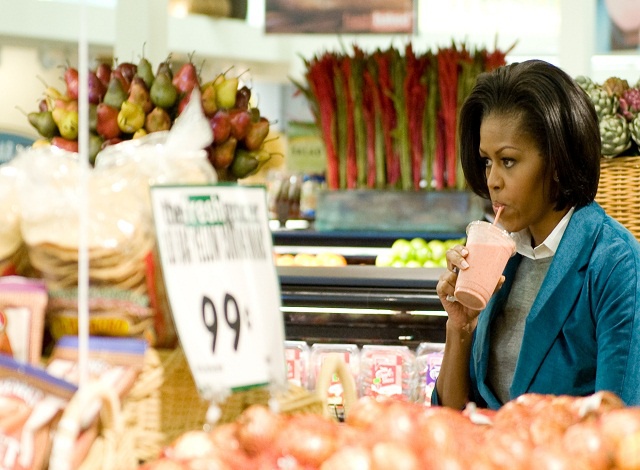 (AFP) - The UN health agency on Tuesday urged countries to start taxing sugary beverages as they fight against an obesity epidemic, pointing to evidence that price hikes can dramatically reduce consumption.

The World Health Organization's recommendations on sweetened beverages came as the world seeks to bring down whopping obesity rates, with one in three adults overweight.

"There is reasonable and increasing evidence that appropriately designed taxes on sugar-sweetened beverages would result in proportional reductions in consumption, especially if aimed at raising the retail price by 20 percent or more," WHO concluded in a new report.

In other words, a 20 percent price hike leads to a cut in consumption by 20 percent, while a 50 percent hike cuts consumption in half, the agency explained.

"If governments tax products like sugary drinks, they can reduce suffering and save lives," insisted Douglas Bettcher, who heads WHO's prevention of non-communicable disease department.

WHO estimated in 2014 that 39 percent of adults globally were overweight and more than half a billion people over the age of 18 were obese.

Last year, it found that 42 million children under the age of five were overweight or obese -- an increase of about 11 million in 15 years.

At the same time, the number of people living with diabetes worldwide had quadrupled since 1980, from 108 million to 422 million in 2014.

The disease directly caused 1.5 million deaths in 2012 -- the latest available global figures -- but high blood glucose levels linked to diabetes were responsible for an additional 2.2 million deaths that year, according to WHO numbers.

The report is the result of a meeting last year of fiscal experts, who were asked to pore over existing evidence and country case studies to help advise states on how to best design policies to help bring down obesity rates.

It looked at Mexico, which in early 2014 introduced a tax on sugary drinks that led to a 10 percent price hike.

By the end of that year, consumption had been slashed by six percent, the WHO said.

"Fiscal policies should target food and beverages for which healthier alternatives are available," the report said, highlighting sugary beverages as a particular target.

"When you drink, your appetite control is not active, so you tend to overconsume calories," Francesco Branca, head of WHO's nutrition for health and development department, told reporters.

WHO has long said sugars should make up less than 10 percent of a person's total daily energy intake, and now urges countries to lower the bar to five percent.

That would mean consuming no more than 25 grammes, or the equivalent of six teaspoons of sugar a day -- less than the 10 teaspoons in your average can of soda.

Tuesday's report also showed that subsidising fruit and vegetables in a bid to reduce prices by between 10 and 30 percent was equally effective in improving dietary habits.

General » Be a reporter: Write and send your article » Subscribe for news alert
Tags: HealthL, Lifestyle, obesity, taxation, WHO