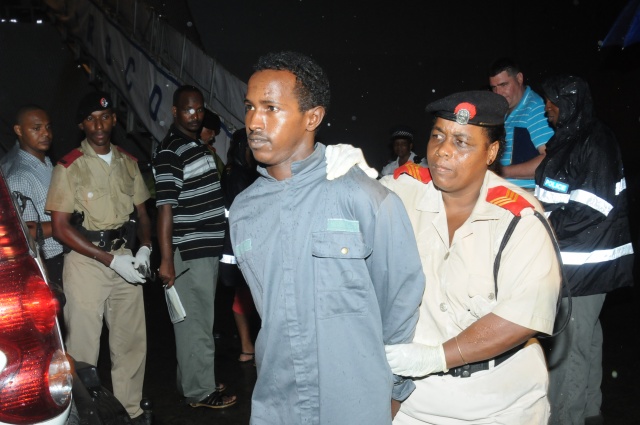 (Seychelles News Agency) - Five Somali suspected pirates have been formally charged before the Seychelles Supreme Court for committing acts of piracy, Seychelles police has confirmed in a statement issued this afternoon.

"The five men were charged on February 27. They appeared before the Supreme Court again today and have been remanded further until March 18 when they will reappear before the court," said Seychelles police spokesperson Jean Toussaint.

Aged 16 to 24 they are suspected to have attacked an oil tanker in the Gulf of Aden on January 17.

French naval ship Siroco, part of the EU’s Atalanta operation, handed over the suspected pirates to the Seychelles authorities on January 30 after they were arrested on the high seas.

General » Be a reporter: Write and send your article » Subscribe for news alert
Tags: piracy, Atalanta