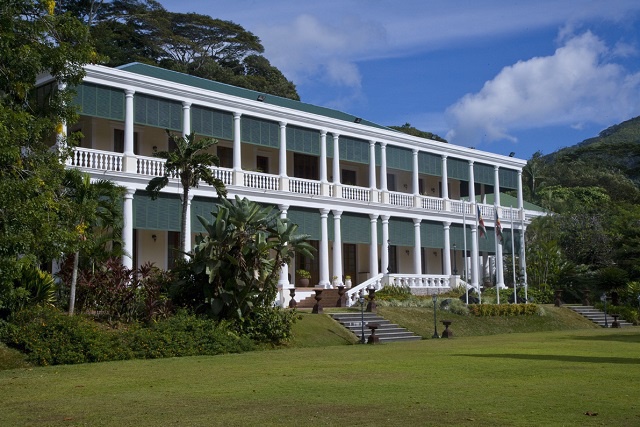 (Seychelles News Agency) - The Seychelles President Danny Faure on Monday announced the appointment of senior officials in his office, the first made by the new president a day after he was sworn in to office.

State House said in a statement that the appointments took effect on Sunday.

Jeanne Siméon, the former principal secretary for the vice-president, is the new deputy cabinet secretary while Mohammed Afif remains the secretary of state for cabinet affairs.

Callixte d’Offay remains the diplomatic advisor to the president.

Faure has announced the appointment of two new advisors in the office of the president. Bertrand Belle, formerly special advisor to the then vice-president, is now his economic advisor.

Aude Labaleine, the former director general in the vice-president’s office, is now the secretary of state for presidential affairs.

The chief secretary and head of the civil service is Jessie Esparon.

Marie-Claire Marie is the new principal secretary in the president’s office.

President Danny Faure is also expected to announce his choice of vice-president and designated minister, which will need the approval of the National Assembly.

Faure is scheduled to address the parliament on Tuesday to lay out his programme after succeeding James Michel at the helm of the island nation’s government.

In a press statement on Tuesday, State House also clarified that four four former senior officials have assumed new responsibilities in the office of the former President James Michel.

They are the former secretary general in the office of the president, Lise Bastienne, former chief press secretary, Srdjana Janosevic, former principal secretary for president's office administration and finance Pamela Payet and the former chief of presidential protocol Gervais Moumou.

Story updated at 4.49pm on Tuesday.