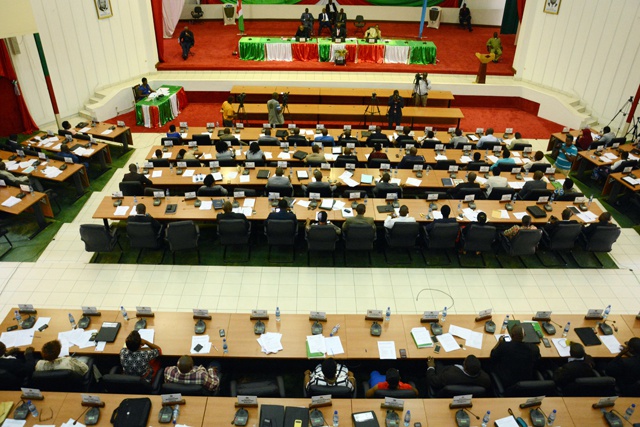 Members of Burundi's National Assembly attend a voting session on October 12, 2016 in Bujumbura, for the withdrawal of the International Criminal Court (ICC) from the capital, after the UN began an enquiry into human rights abuses in the turbulent nation. (ONESPHORE NIBIGIRA/AFP)

A copy of the law seen by AFP and dated October 18 allows "the Republic of Burundi's withdrawal from the Rome statute", the ICC's founding treaty.

The next step will be for the country to officially notify the United Nations, launching a year-long departure process that will make the country the first ever to quit the tribunal.

Burundi's lawmakers overwhelmingly voted in favour of the move on October 12, its latest snub of the international community after the release of a damning UN report in September detailing atrocities and warning of "genocide".

Burundi was plunged into crisis in April 2015 when Nkurunziza decided to run for a third term in office, which he went on to win.

A vicious government crackdown on protests and widespread violence followed, which some rights organisations estimate has left more than 1,000 people dead.

Burundi's move to leave the Netherlands-based court comes amid rising resentment in Africa against the ICC, whose leaders accuse it of unfairly targeting Africans for prosecution.