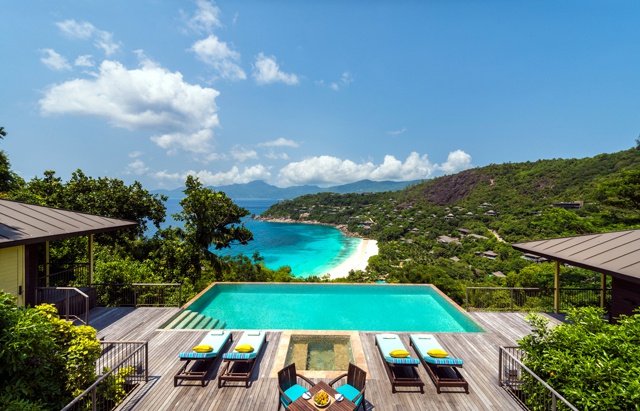 (Seychelles News Agency) - The Four Seasons Resort Seychelles has been ranked the 41st Best Resort in the World and fourth in the Top Resorts in the Indian Ocean for 2016 by readers of Condé Nast Traveler.

The results were announced Tuesday in the 29th annual Reader’s Choice Award of the Condé Nast Traveler, a luxury and lifestyle magazine published by Condé Nast, an American mass media company based in New York.

Four Season Resort Seychelles, which opened its doors in 2009, came out 41st among the 50 Best Resorts in the World and got a score of 97.86 in the category the Top Resorts in the Indian Ocean. Three resorts in Maldives took the top places.

The resort, with 67 luxurious villas built like tree houses, is located at Petite Anse beach in Baie Lazare, a southern district on Mahe, the main island of Seychelles. The resort’s architecture is a mixture of Creole with French colonial and European influences.

Well known for its turquoise-coloured waters and powder-white sandy beaches, the Seychelles, an archipelago in the western Indian Ocean, has scored a Condé Nast Traveler Award before.

The island nation, which depends largely on tourism, was ranked 6th place on the list of Top Islands in the World in 2014.