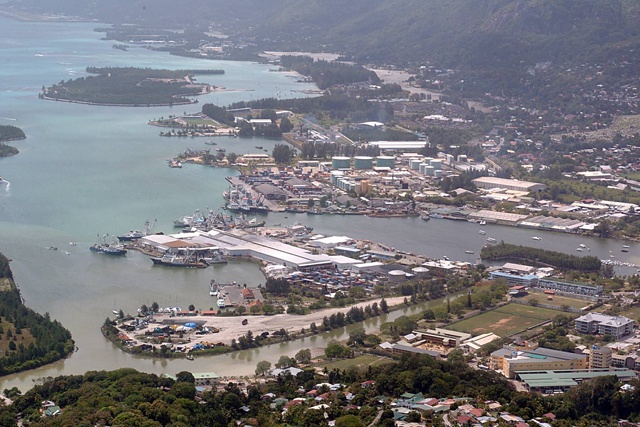 Faure told businesses gathered that the whole day forum organized by the Seychelles Investment Board (SIB) is expected to assess how existing policies are impacting business growth and the Seychelles economy.

"This forum will give a new momentum, a new impetus to tackle the persistent bottlenecks impeding the ease of doing business in Seychelles,” he said.

Faure noted however that some legislation, policies and regulations have recently been revised, some of which were needed to complete Seychelles’ accession process to the World Trade Organization (WTO).

These, he said, include introduction of the Insolvency Act and amendments to the Companies Act.

Seychelles presently ranks 80th out of 189 countries in the 2013 World Bank Survey on the Ease of Doing Business.

On the eve of the forum, the Chief Executive of SIB, Rupert Simeon, said in an interview on the national television, the Seychelles Broadcasting Corporation,the country had scored poorly on specific areas, such as starting a business; access to credit, dealing with construction permits and insolvency.

Simeon said that the objective is for Seychelles to make it to the top 30 countries in the World Bank rankings within the next five years.

He says the forum was organized to discuss ways to make this happen by getting the local business community together to hear their views and concerns.

More than a hundred Seychellois businessmen gathered for the forum and a large number of participants opted to attend the plenary session focusing on the tourism industry on “evolution in the tourism sector and the Seychellois vision.”

Key issues addressed during that session this morning included investment potential in the tourism sector, government policies, marketing as well as the public-private sector relationship.

According to participants, there is a clear need to diversify the tourism market and improve air access, with direct flights to tap the main markets.

According to Joe Albert, owner of Creole Travel Services and two medium-sized hotels on Praslin and La Digue, with the ongoing recession in Europe, there is a clear need to look East - to Asia, where the numbers are more promising.

Albert noted that with poor occupancies have prompted many large hotels to slash down their rates to as low as 140 euros per day for a room - down from over 500 euros five years ago.

"This means a 5-star hotel is now competing unfairly with a small Seychellois-owned establishment," he said.

Some participants also noted that since the bulk of our visitors are in the seniors category, older persons resent the hassle of indirect flights. It was felt that this is essential if Seychelles is to compete on a firm footing with neighbouring destinations, such as Maldives and Mauritius.

They were backed by Seychelles Tourism Board (STB) Marketing Director Rose-Marie Hoareau, who remarked that travellers aged 60 or 70 are not likely to enjoy "changing planes at midnight to get to any destination.”

The Forum also focussed on tourism services in Seychelles.

Restaurateur Richard Mancienne, who owns the "Boathouse" a restaurant specializing in creole dishes next to the beach at Beau Vallon, in the north of the main island of Mahe, said that since large hotels were staffed mainly by expatriates, their cuisine lacked local flavour.

Session on "Challenges of Meeting Planning requirements" for construction permits

Time taken for approval, process of appeal, communication between planning authority and agents as well as ways of easing business procedures were amongst issues discussed.

Allegations that the Planning Authority had the tendency to hold the small Seychellois entrepreneur for greater scrutiny than the big foreign investors, sparked off lively debate.

The Chief Executive of the Planning Authority, Gerard Hoareau said decisions were made on a collective basis and involved other bodies such as the ministries of Health and Environment.

He said his department had an open door policy and anyone envisaging a project, a tourism project or just a dwelling house could discuss it with planning officials before going to the expense of submitting a formal application.

The National Investment Forum also discussed challenges faced by other sectors including financial services, transport, trade, renewable energy and the fisheries sector as well as other business related issues namely challenges in starting and registering a business, employment policy on foreign labour amongst others.

The Chief Executive of the Seychelles Investment Board, Rupert Simeon said the national forum has been organized to boost the confidence of the private businesses in the public sector organizations that deal with them on a day to day basis as well as to create the mutual trust between the two sectors.

“At the end of the forum we will look at the report compiled from each group session to take out recommendations made which will be given to the Ministry of Finance, and these recommendations will be used as the basis when the National Development Plan 2015-2019 is being prepared,” said Simeon

Before the discussions started this morning the Simeon joined the Seychelles Minister of Finance, Trade and Investment, Pierre Laporte to unveil the new and revamped SIB website so facilitate the access of information to potential investors wanting to start a business in Seychelles.

An agreement was also signed between SIB and the Seychelles Securities Exchange, Trop-X to allow cooperation, exchanges and the strengthening of capacities between the two entities.