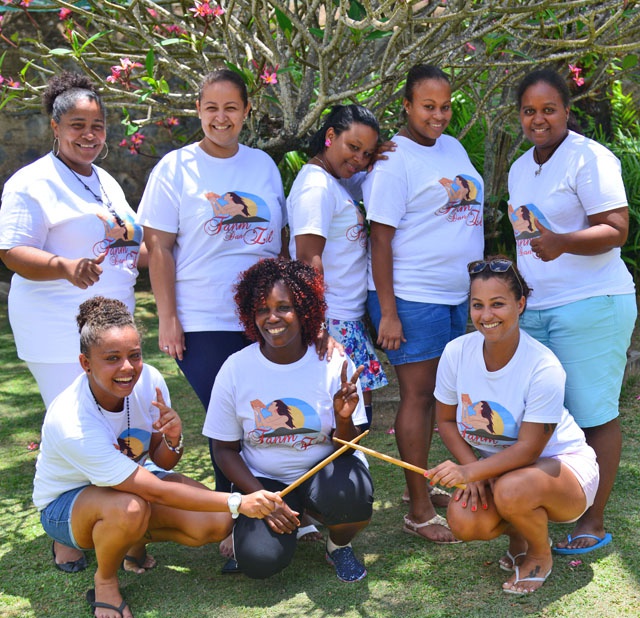 (Seychelles News Agency) - Fanm Dan Zil -- or Women in the island -- an all-women band from Seychelles, is participating in its first international show on Sunday in Rodrigues -- part of the Mauritian territory.

The show coincides with the Jeux des Femmes  -- or Women’s Games -- a sporting event in the neighbouring Indian Ocean island of Mauritius, in which only women are taking part.

The all-female band from Seychelles, an archipelago in the western Indian Ocean, was invited to the event after it made its debut performance during the Festival Kreol last year.

Speaking to SNA prior to their departure, the Executive Producer of the band, Joennise Juliette -- a well-known artist both in Seychelles and in Mauritius -- said they are proud to be representing their country.

“It will be the first time that an all-women-band from Seychelles plays in Rodrigues. This makes us all happy and proud to float the Seychelles’ flag and promote our culture and songs,” said Juliette.

The line-up of the band going to Rodrigues has slightly changed from those who performed in October last year. Sandra Esparon, another popular Seychellois artist who played the drums last year, will only be singing this time around. Vanessa Lucas will be the only one on drums. Two other members of the original Fanm Dan Zil group were not able to travel due to personal commitments.

Juliette, locally known as ‘Larenn Sega’ [Sega Queen], and Florette Botsoie were the two other singers in the original band; they are still part of the line-up. Other members are a mix of talented female musicians playing the guitar, violin, and percussion.

For the performance in Rodrigues, only songs of the three Seychellois artists will be performed by the nine-member band.

“We also gave Vanessa Juliette, who is an upcoming artist, the chance to sing a few solos, on top of being the backing vocalist,” said Juliette.

Accompanying the band is manager Berno Cedras, who will also assist as technician and artistic director.

On Saturday, the Seychellois artists along with other female musicians from Rodrigues will be participating in a workshop.

Although not well known on home ground, the group is working hard on making a name for themselves. Juliette said as part of their promotional activities they will be taking part in the Arts Festival and a fair to be organised by the Seychelles Civil Aviation Authority (SCAA).

Juliette added that as of next year, they will be opening their fan club.

“We will be inviting women with various talents to join us. If you are a moutya dancer or singer, a poet, an actress and so forth, please come forward. We will organise an all-women show to coincide with Women's Day next year,” said Juliette.

Fanm Dan Zil is expected back in the country on November 8.