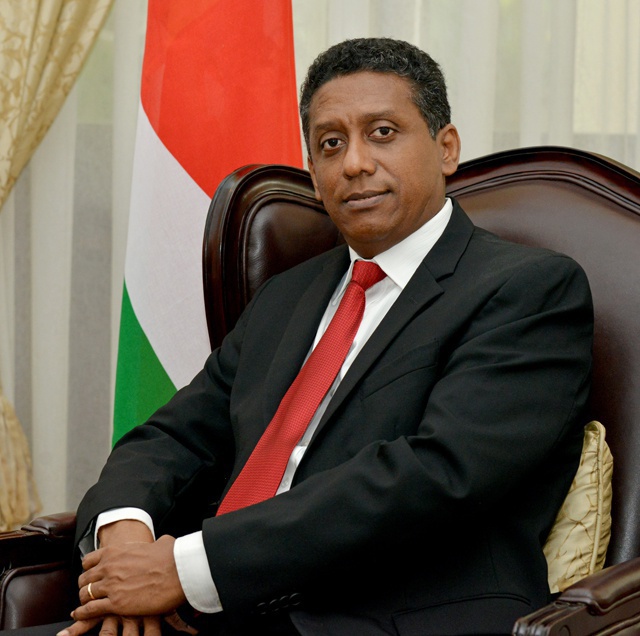 (Seychelles News Agency) - The President of Seychelles, Danny Faure, has congratulated the President-elect of the United States, Donald Trump, following his election victory announced on Wednesday.

In his congratulatory message sent on behalf of the Seychellois government and people, President Faure wished Trump “every success as he prepares to discharge the important duties which lay ahead.”

President Faure highlighted what he termed as “excellent and steady progression in cooperation” in various fields of interest between Seychelles and the US.

“Over the years this esteemed partnership has been invigorated by mutual values such as social progress, justice, freedom and equality, which have served to support and reinforce the foundations from which we draw our common perspectives," he added.

Donald Trump, 70, is set to become the next US president following what has been dubbed his ‘stunning victory’ over Democrat Hillary Clinton. He claimed victory in the key battlegrounds of Florida, Ohio and Pennsylvania, defying pre-election polls that placed his rival Clinton as the likely winner after months of campaigning.

According to a BBC article, global markets plummeted, with the US dollar diving and gold prices surging following the US election results.

Trump’s presidential race has been described as one that provoked controversy for comments about illegal immigrants, Muslims, and free trade deals.

Addressing his supporters in the early hours of Wednesday, the new president-elect called for unity saying that it’s now time for America “to bind the wounds of division."

According to an AFP article, he pledged to be the president of all Americans, while he paid tribute to his defeated opponent. Clinton was said to have called Trump with congratulations on his victory.

"Hillary has worked very long and very hard over a long period of time, and we owe her a major debt of gratitude for her service to our country," Trump was quoted as saying by the AFP.

Trump will be the first president with no political, diplomatic or military executive experience to enter the White House.