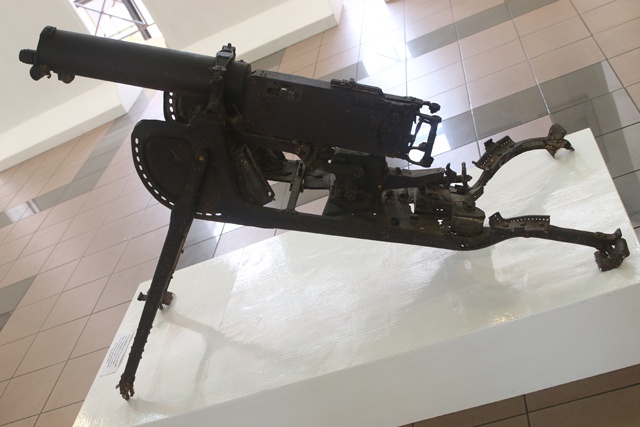 The exhibition is to commemorate the 100th anniversary of Seychelles' participation in the First World War. (Joe Laurence, Seychelles News Agency)

(Seychelles News Agency) - An exhibition marking the 100th anniversary of the Seychelles' participation in the First World War is open to the public at the National Library in the capital, Victoria.

Although World War I started in 1914, it was only in 1916 that Seychellois men left to join British forces in East Africa. They were recruited mainly to provide logistical support to the British forces.

Altogether 791 young men volunteered and over 200 of them perished during the war. The remaining volunteers returned to Seychelles, a group of 115 islands in the western Indian Ocean.

Speaking to SNA on Thursday, Cecille Kalebi, the director general of the Department of Culture, said the exhibition is a recollection of stories that the former soldiers of WWI told their comrades who later fought in WWII. A few of those veterans are still alive.

The exhibition also showcases artifacts, such as food flasks used by the soldiers and excerpts of telegrams and ordinance sent to Seychelles.

At the opening of the exhibition, Kalebi said it was fitting 100 years on for Seychelles to remember these “brave men who fought in the war and hope that the younger generation will be inspired by the courage and sacrifices of their forefathers.”

Kalebi said that with a population of around 23,000 in Seychelles at the time, having around 800 men leaving for East Africa was quite significant for the island nation's population.

“Seychelles was a British colony at the time, and as volunteers, it showed a sense of responsibility on their part to help defend Britain and its allies,” said Kalebi.

Kalebi added that the exhibition complements the one organised by the French embassy at Alliance Française to honour four Seychellois soldiers who fought for the French army.

The exhibition coincides with Armistice Day which is commemorated every year on November 11 to mark the ceasefire between the Allies and Germany on the "eleventh hour of the eleventh day of the eleventh month" of 1918, which brought an end to the First World War.

This year the day falls on a Friday, and it was marked by a one-minute of silence at 11 am local time.

On Sunday, former war veterans will take part in a wreath-laying ceremony at the cenotaph which is a monument erected in honour of the group of soldiers whose remains lie elsewhere, in the Mont Fleuri cemetery.

The exhibition will remain open until the end of November.