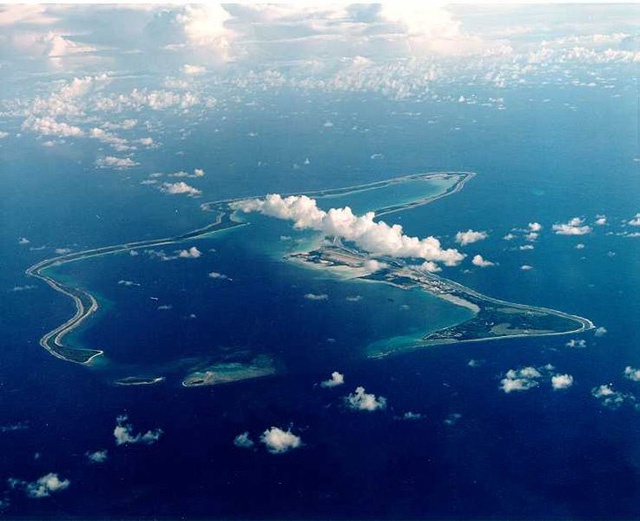 (Seychelles News Agency) - The chair of the Association of Chagossians in Seychelles on Thursday said that he does not accept reasons given by the British government not to allow resettlement of the Chagossian people to their island home.

Pierre Prosper said the reasons given made no sense as a feasibility study carried out by KPMG consultant group in 2014, at the request of the British government, said there was no legal objection to resettlement.

“The study showed that it was practically, logistically, legally and economically viable for resettlement in the British Indian Ocean Territory [BIOT] and it is our right to do so,” Prosper told SNA.

The British government’s decision against the resettlement of the British Island Territory was announced in a statement published by the UK’s Foreign and Commonwealth office on Wednesday. The statement said that this was “on the grounds of feasibility, defence and security interests, and cost to the British taxpayer.”

The statement added that the practicalities of setting up a small remote community on low-lying islands and the challenges that any community would face had been carefully considered when deciding on the matter.

“These are significant, and include the challenge of effectively establishing modern public services, the limited healthcare and education that it would be possible to provide, and the lack of economic opportunities, particularly job prospects,” it read.

Following the outcome of the feasibility study on the possibility of resettlement carried out in 2014, a series of public consultations were held in the UK, Mauritius and Seychelles. This was after the Chagos islanders had expressed their wish to return to their island homes.

Prosper said that the British government could have looked for alternative ways to fund the resettlement instead of relying on Britain’s tax payers’ money.

“The British government said resettlement would be at the cost of tax payers’ money and we think it could have discussed the matter with the US government which is using Diego Garcia as a military base and come to some sort of agreement,” he said to SNA.

The chair of the Association of Chagossians in Seychelles has however welcomed an announcement by the British government to fund improvements to the livelihoods of Chagossians in the communities where they are living. This is expected to be done through a package of approximately £40 million [almost $50 million] over the next ten years.

The Foreign and Commonwealth office statement said the money will be used to address the pressing needs of the community, by improving access to health and social care and to improve education and employment opportunities.

“Moreover, this fund will support a significantly expanded programme of visits to BIOT for native Chagossians,” the statement added.

Prosper said the Association of Chagossians in Seychelles is “happy that Chagossians will finally receive some sort of financial support after our long struggle, but still it’s late, very late and it’s not enough considering we lost the rights to our islands.”

Prosper on Thursday met with the British High Commissioner to Seychelles, Caron Rohsler to express his concerns over the decisions taken by the British government. He requested that Chagossians in Seychelles be given priority for the financial support, as no form of payment has ever been considered for the community.

Financial support for Chagos islanders who were placed in Seychelles, a group of 115 islands in the western Indian Ocean, at the time of eviction from the Chagos islands was in fact one of the components of a new case the Association of Chagossians filed in UK’s High Court in March.

Prosper said the association is now looking at all options before taking any decision on the announcements made on Wednesday.

While the majority were exiled to Mauritius, 250 of them were deported to Mahé, the main island of Seychelles, between 1967 and 1973, when the country was still a British colony.

An Immigration Order preventing anyone from going back was issued in 1971.

The UK’s Foreign and Commonwealth office statement noted that agreements to house the U.S. base on Diego Garcia will continue until December 2036.