Comoros say on the cusp of eradicating malaria 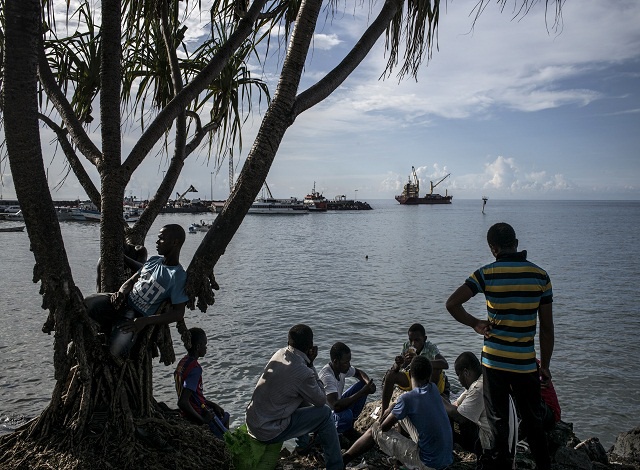 (AFP) - Though victory is yet to be officially declared, Comoros health authorities believe the three islands of the Indian Ocean archipelago are on the cusp of being malaria-free.

"With eight cases in 2015 in Anjouan and three in Moheli, we can say we have reached the phase of total elimination of the epidemic, although sporadic cases are still recorded on the Grande Comore," said Mbae Toyb, a doctor with the Comorian Association for Family Welfare.

After a 10-year anti-malaria campaign, health workers in the capital Moroni say the parasite is no more than a bad memory.

"We can go for one or two months now without a single case," said a caregiver at El-Maarouf hospital.

This has changed life for businessman Hassane Assoumane, who suffered recurrent attacks of the mosquito-borne disease that can be fatal if not diagnosed and treated early.

"But for the last four years, nothing."

The eradication of malaria from the impoverished islands off the coast of Mozambique is a huge accomplishment for their 800,000 inhabitants.

Some 214 million cases of malaria were reported worldwide last year, killing 438,000 people, mainly in Africa, according to the World Health Organization.

There is currently no vaccine against malaria, which is caused by parasites transmitted to people bitten by infected female mosquitoes.

"Until 2004, the Comoros was ranked among countries with intense and perennial malaria transmission," affecting 40 percent of the population, especially children, said Toyb.

But in less than five years the number of deaths from malaria has fallen drastically to almost zero, he said.

The Comoros launched its first five-year anti-malaria drive in 2005 with initial funding of $2.4 million from the Global Fund against malaria, tuberculosis and AIDS.

The targets of the drive were early treatment, prevention among pregnant women and the wide use of treated mosquito nets.

But the key to its success was probably more attributable to a treatment blitz of Artequick, a combination drug therapy derived from a Chinese plant, artemisinin, and an antimalarial called piperaquine.

Artemisinin, a derivative of a plant called sweet wormwood, has in recent years become the frontline anti-malarial drug, after chloroquine and sulphadoxine-pyrimethanine lost their parasite-killing powers.

Its use has reduced the numbers of death to one in 10 in severe cases, according to experts.

The therapy was first rolled out in Moheli, the smallest of the three islands which has a population of 40,000 people.

In 2012, government extended the treatment to Anjouan island before taking it to the Grand Comore in 2013.

The second five-year campaign valued at $11 million started in 2010.

Since 2014, the numbers of deaths from malaria have dropped to nearly zero at hospitals, said Toyb.

What remains now is to ensure the gains achieved are sustained and to await WHO certification.

"This is the most delicate phase," warns Toyb, adding that while some people still suffer from the disease, there have been no new infections.

A new anti-malaria campaign to run until 2018 has already been launched with the backing of a team of Chinese practitioners.