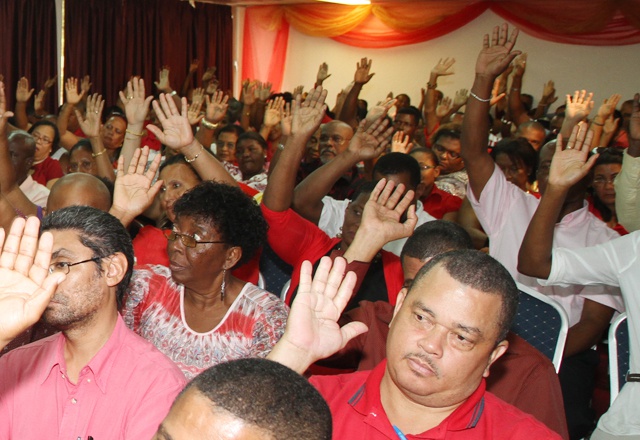 Seychelles Independence Day has been commemorated on the 29th of June since 1976 as it was on this day that the island nation gained independence from Britain.

As for the 18th of June it has been known as Seychelles’ National Day since 1993, when a new constitution was adopted, giving birth to the third republic.

Both days are a national holiday in Seychelles.

When closing the congress Seychelles President James Michel, leader of Parti Lepep said: “All the reflections, decisions taken and resolutions adopted today are based on a fundamental principle, ‘national unity’…..It’s this principle that encourages us to offer a hand of love to all Seychellois brothers and sisters, to break political polarization that have affected us over these years, in order to unite us as one nation.”

The congress is taking place since this morning as part of activities to commemorate the Golden Jubilee of the party.

‘Parti Lepep’ was founded 50 years ago in 1964 by former President France Albert Rene.

At the time it was known as the ‘Seychelles People’s United Party’ (SPUP).

It became the ‘Seychelles People Progressive Front’ (SPPF) in June 1978 and in June 2009 the party’s name changed for a third time to what it is known as today ‘Parti Lepep’.

Religious leaders and opposition political parties have in the past asked for Independence Day to be named the National Day.