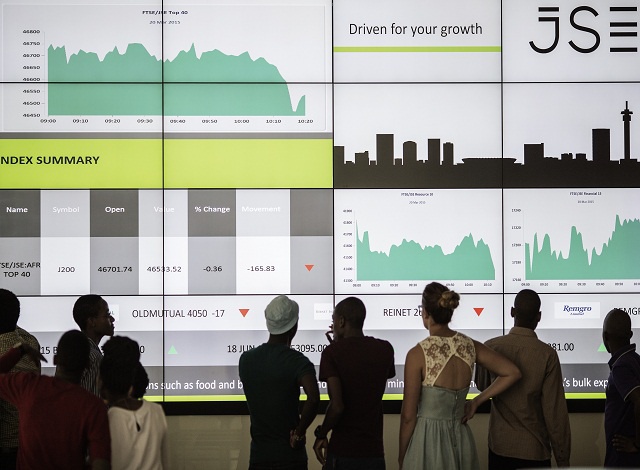 Zuma has been engulfed by graft scandals and a power struggle with Finance Minister Pravin Gordhan, while economic growth has fallen to 0.5 percent and unemployment hit a 13-year high.

"Political risks to standards of governance and policy-making have increased," Fitch said in a statement, confirming that it kept South Africa's credit rating at one notch above "junk" status.

Moody's had been expected to issue its updated grading later Friday, but made no announcement by midnight (2200 GMT).

Like Fitch, S&P currently has South Africa -- the continent's most developed economy -- rated at the lowest investment grade.

The credit reviews could further drain investor confidence in the country's prospects under Zuma and the ANC party, which has ruled since the end of apartheid.

"The in-fighting within the ANC and the government is likely to continue over the next year," Fitch said.

"This will distract policymakers and lead to mixed messages that will continue to undermine the investment climate, thereby constraining GDP growth."

Efforts to avoid junk status have been at the centre of political drama for months, with Zuma loyalists at loggerheads with Gordhan, who is widely respected among international investors.

"Zuma has focused on removing Gordhan and maintaining his grip on power, while Gordhan (has) been working very hard to avert a ratings downgrade," the Eurasia consultancy group said.

A junk rating by S&P could trigger bond selling by foreign investors, as well as raise borrowing costs.

Some investment funds have rules that allow them to only hold bonds that have investment-grade ratings.

"Efforts made by South Africa to keep the country on an investment grade have paid off," the treasury said after the Fitch announcement, while acknowledging the concerns over political uncertainty.

Pravin Gordhan had been due to appear in court earlier this month on graft charges that many analysts saw as an attempt by Zuma associates to oust him.

The charges were dropped at the last minute, exposing deep tensions in the ANC as several ministers came out in his support.

Zuma said on Friday he would launch a court challenge to the report and its order to set up a judicial inquiry.

"The economy had been hit in 2015 and 2016 by electricity shortages, the worst drought in decades, a sharp fall in international prices for some of South Africa's main mining commodities and rising policy uncertainty."

The ANC is due to elect a new leader at the end of next year, ahead of the 2019 general election when Zuma must stand down after serving two terms.

South Africa this week unveiled the proposed figure for its first minimum wage -- 3,500 rand ($242) a month -- in a move that could improve labour relations.

Fitch, which said South Africa's banking sector "remains a rating strength", forecast GDP growth of 1.3 percent in 2017 and 2.1 percent in 2018.