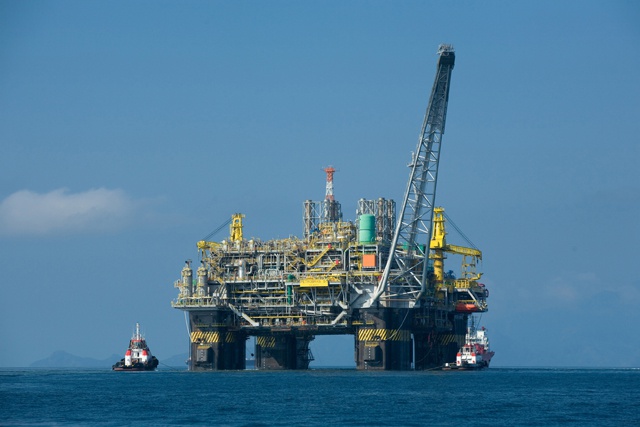 (Seychelles News Agency) - “Western Indian Ocean is increasingly becoming a hot spot as reflected by the numerous discoveries of oil and gas resources in the sub-region. From Mozambique to Somalia, energy resource discoveries are drawing global attention,” says Dr Carlos Lopes, the Executive Secretary of the United Nations Economic Commission for Africa (UNECA) in reference to the hydrocarbon bonanza which has gripped the region.

“Gas discoveries in Mozambique and Tanzania, oil deposits and new discoveries in South Sudan and Uganda, offering of deep ocean exploration rights in Madagascar, Tanzania and recently in Seychelles - after a two years moratorium has opened the western Indian Ocean region to energy resource interests, including from China and India.”

In June last year the Indian Ocean island nation of Seychelles best known as a tourist haven joined the hydrocarbon fever that had spread across the entire western Indian Ocean. This was when it invited oil and gas exploration companies to bid for exploration oil blocks after its two year moratorium lapsed. This exploration freeze gave Seychelles time to review its energy sector’s legislation and consult with the industry and the Seychellois public in setting new rules for bidders. Seychelles was not new to oil surveys as it had conducted several assessments in the 90s.

“We decided to get a clear framework and adopted best practices and legislation from successful countries such as Norway,” says Jean Paul Adam, Seychelles Foreign Affairs minister. “The moratorium was meant to give us a better understanding and help us lay a proper foundation for oil and gas exploration in our country. We had to get it right from the start.”

At the time of the Seychelles exploration embargo WHL Energy an Australian firm and Afren Plc held offshore Seychelles petroleum exploration licenses. Early this year Ophir Energy a UK-based energy concern farmed in to earn a 75 per cent interest in WHL’s Seychelles stake.

Aware of the quest that has swept across the western Indian Ocean region in the last five years Seychelles decided to start with the policy framework before allowing prospective oil companies access to oil and gas blocks. “We signed the Extractive Industries Transparency Initiative (EITI) because we felt that it was better that oil companies know what they will be required to do upfront which essentially means a responsive industry.” Adam says. “In some cases it has been a disincentive. Some companies realized that it is easier to go to other places where there are less stringent rules.”

Even though interests in oil and gas in the western Indian Ocean sea-board had been there since the 1960s it did not warrant much attention until the Mozambican discovery was made in 2011. The renewed impetus for the search of hydrocarbons kicked off in 2006 when the Mozambican state oil company Empressa Nacional de Hidrocarbonatos de Mocambique (ENH) issued an exploration license to the Italian oil company Eni to explore for natural gas off its Indian Ocean coast. The license was for an area that was 2500km off its coastal capital, Maputo and 40km north of Cabo del Gado.

And so began western Indian Ocean’s countries quest for oil and gas. In 2007 Statoil, the Norwegian state energy firm joined the exploration race by setting its operational base in Mozambican northern neighbour Tanzania when it signed a Production Sharing Agreement (PSA) with the Tanzanian Petroleum Development Cooperation (TPDC). US oil giant Anadarko joined the fray in the Mozambican exploration race in 2010.

Then the discoveries began. In 2011 Eni discovered some 15 trillion cubic feet (tcf) of natural gas and Anadarko followed suit. To this day Anadarko has sunk more than 25 deepwater wells in its area of operations striking more than 70 tcf.

In the same year Tanzania also discovered massive natural gas deposits in the Indian Ocean. These discoveries boosted Tanzania and Mozambique’s status and stirred interest for more exploration while at the same time generated an intense interest across the western Indian Ocean region. The contagion spread within the Indian Ocean belt nations of Mauritius, Madagascar, Kenya, Somalia and Seychelles. In April 2012 the US Geological Survey (USGS) prompted by the discoveries made in the western and southern Indian Ocean shelf decided to explore further. Under its World Petroleum Resources Project USGS conducted a study within the region. The study had sought to assess the potential of undiscovered, technically recoverable oil and natural gas resources of this part of the world, exclusive of the United States. Seychelles, Comoros, Kenya, Tanzania, Madagascar, Mozambique and South Africa were all covered in the assessment which narrowed on four geological provinces within the western and southern Indian Ocean region.

The USGS study found out that the area contains 27.6 billion barrels of oil, 441.1 trillion cubic feet of natural gas and 13.77 billion barrels of natural gas liquids. Last year the US Energy Information Administration (EIA) findings confirmed USGS conclusions that the Western Indian Ocean is emerging as the next oil frontier. A month before the USGS began their study, the Indian Ocean archipelago of Comoros had awarded its first ever exploration license to Bahari Resources, a Kenyan-based oil and gas exploration company.

Comoros which is coming out of a chaotic past took cue from its East and South African coastal neighbours in awarding the exploration license. The block accorded to Bahari Resources is adjacent to the Rovuma Delta where Anadarko and Eni had discovered gas. In December 2012 and UK oil firm Tullow Oil and its partners Pan Continental Oil and Gas and Ophir Energy of UK announced that they had struck gas off the Kenyan coast.

This oil boom in the Western Indian Ocean has excited the world and stirred immense interest of exploration studies across the region.

On May 18, this year Japan Oil, Gas and Metals National Cooperation (JOGMEC) and Seychelles national oil company PetroSeychelles announced that they had completed a joint 2D seismic data acquisition and had embarked on acquisition collection of geochemical –data. This was a significant step for the Japanese energy giant as in July 2013 JOGMEC had been granted an exploration license by the Jamaica-based International Seabed Authority (ISA) to prospect for deep sea minerals such as cobalt, platinum, nickel, molybdenum and other rare earth metals in the vicinity of the Indian Ocean.

The three Asian nations of Japan, China and India have huge domestic demands for energy resources. The US Energy Information Agency (EIA) has put India as the fourth largest energy consumer after the US, China and Russia. The Asian Development Bank (ADB) Energy Outlook report issued in mid-October 2013 notes that the Asia-Pacific nations will need $11.7 trillion worth of investments in the energy sector in the next 25 years to meet their energy demands. It is this huge energy demand that has fuelled the current interest witnessed in the western Indian Ocean and is highly unlikely to end soon. The challenge currently facing the region is harnessing the exploitation of the hydrocarbon find into a blessing and avoiding the pitfalls of “resource curse.”