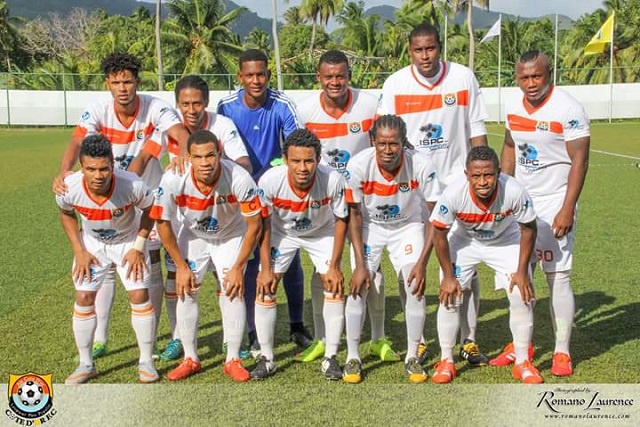 Cote D’or hailing from Praslin, the second most populated island, will face St. George of Ethiopia in the CAF Champions League. (Romano Laurence)

(Seychelles News Agency) - Seychellois football clubs Cote d’Or and St. Michel will represent the island nation in the next competition of the Confederation of African Football (CAF) in February.

In the preliminary matches, Cote D’or, hailing from Praslin, the second-most populated island, will face St. George of Ethiopia in the CAF Champions League. St. Michel, from the eastern Mahe district of Anse Aux Pins, will face Al-Hilal from Sudan in the CAF Confederation Cup.

The first leg of the preliminary matches runs February 10-12 and the second leg from February 17-19.

Every year football clubs from the Seychelles, a group of islands in the western Indian Ocean, qualify for the two CAF club competitions, the Confederation Cup and the Champions League. The latter is likened to the prestigious UEFA Champions League in Europe with participants having to win their national premier division league competitions.

Neither St. Michel nor Cote d’Or are not new to the CAF competitions and will be trying to get better results this time around.

St. Michel has played ten times in the Champions League. The team’s manager Andrew Jean-Louis told SNA on Tuesday that in spite of being the off-season they will be giving their best against the Sudanese in the Confederation Cup.

“We have said before that performing at this time when we are off- season puts us at a disadvantage, especially regarding physical condition. We are encouraging our players to at least maintain a certain level of fitness during the festive season.”

St. Michel’s manager said the team are training once a week and after the New Year festivities will go into intensive preparation.

“Match practice is part of our plan for the end of January to the beginning of February. We are in discussion with local clubs with whom we have good relationships about having some test matches,” said Jean-Louis.

For Cote d’Or, this is the team’s second appearance in the Champions’ League and newly appointed coach Ralph Jean-Louis says the draw against St. George is a reasonable one as he knows the Ethiopian football style.

“St. George is a club that I know, and as national team coach I have had the chance to see the Ethiopians footballers in action, so my experience will be a contribution to the team’s preparation,” said Ralph.

Coach Ralph told SNA that the Cote d’Or will go on a six-week preparation as of January.

Both coaches say while they will maintain the players in their team, they will be recruiting other local players for reinforcements.

The two Seychelles clubs in the 2016 competition, St. Michel and Lightstars, were eliminated in the preliminary matches.