The life of France Albert Rene, captured in the words of a British historian 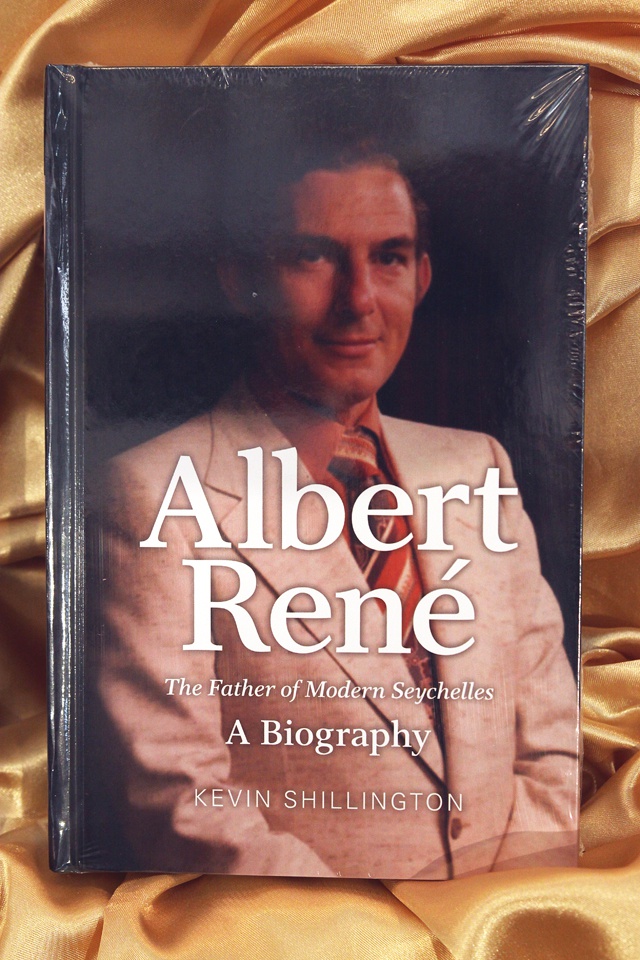 (Seychelles News Agency) - ‘Albert René – The Father of the Modern Seychelles’ is the title of a biography published about the Seychelles' former president, France Albert Rene.

The book was launched at State House in the capital Victoria this morning by Seychelles President James Michel, who presented Albert René with a copy of the book, with his children and wife, Sarah René by his side.

In a press statement issued this afternoon, the Office of the President says the book written by British historian Dr. Kevin Shillington  'analyses Rene’s early years, political awakening and his struggle against colonialism.'

Michel described the 78 year old former president as: “A man of few words, but given to deep reflection. A man of vast experience and wisdom, but also of wit…. But I also know him to be a man of deep conviction – uncompromisingly so – and demanding where loyalty, commitment and devotion to the cause of Seychelles is concerned. A canny leader, obstinate and sometimes impatient… Last, but not least, I know of France Albert René as a courageous patriot and a true son of Seychelles.”

Shillington has written about Seychelles in the past. In 2009 he published ‘History of modern Seychelles.’

The freelance historian based in London is well versed on African history and has lived and taught extensively in Africa.

Some of his publications include 'History of Africa; The History of Southern Africa;' 'Jugnauth: Prime Minister of Mauritius'; 'Ghana and the Rawlings Factor'; and 'Causes and Consequences of Independence

The new biography was launched one day after the ruling party Parti Lepep celebrated its golden jubilee.

After taking power in a coup in June 1977,René ruled the Indian Ocean archipelago as as socialist one-party state until 1992 when a multi-party system was introduced. He then stood for three elections and won each one of them with a large majority. He stepped down in 2004 when he handed over power to James Michel, who had served in his cabinet since 1977.