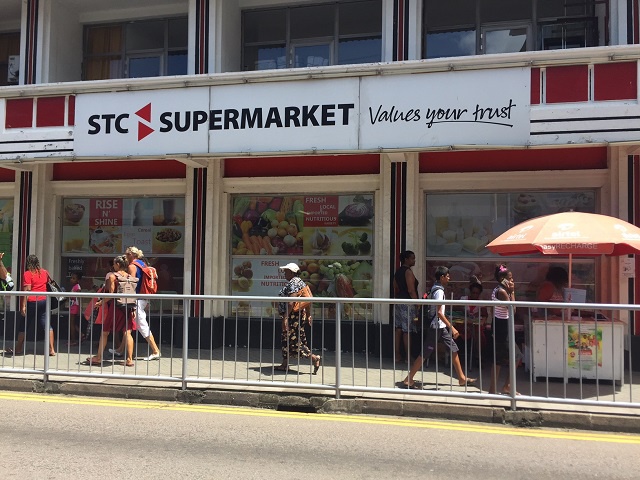 (Seychelles News Agency) - The supermarket of Seychelles Trading Company (STC) in the centre of the capital, Victoria, has closed down and will reopen in a new location later this year, says a top official.

The chief executive of STC, Veronique Laporte, told SNA that the building on Albert Street was deemed unsafe structurally and posed health hazards.

“We realised that the building's infrastructure was deteriorating. We brought in an engineer to take a look at the building, and the report he handed us was shocking,” said Laporte.

The STC chief executive added that due to the weakened state of the infrastructure, the business was also having problems with rats.

The building that housed the STC Supermarket in Victoria has always been used as a supermarket and through its history had operated under different names -- Richard, Cereco, SMB and lastly STC.

Following a meeting of the STC board, a decision was taken to close the supermarket and rebuild the infrastructure. The supermarket in the meantime will be relocated to the Orion Mall building where the Grocers Supermarket was previously located.

The operation of STC in Orion Mall is expected to start on March 1.

A regular shopper at STC supermarket, Rita Bill told SNA, “It will be a good thing when STC starts operating at Orion Mall. After doing my shopping, I’ll just hop on a bus and go home.”

Laporte said that although the STC supermarket in Orion Mall will be smaller than the old one, the basic commodities will be available there.

The hypermarket has a larger parking space as well as a direct bus service available to and from the bus terminal in Victoria, the capital of Seychelles, an archipelago in the western Indian Ocean.

When building the infrastructure at Albert Street, parking space is one issue that the STC management will tackle.

“We are planning to have underground, rooftop or first-floor parking. The plan is to give our customers a better supermarket - more convenient, more comfortable with wider choices,” said Laporte.

The newly built supermarket at Albert Street is expected to open in two years’ time.