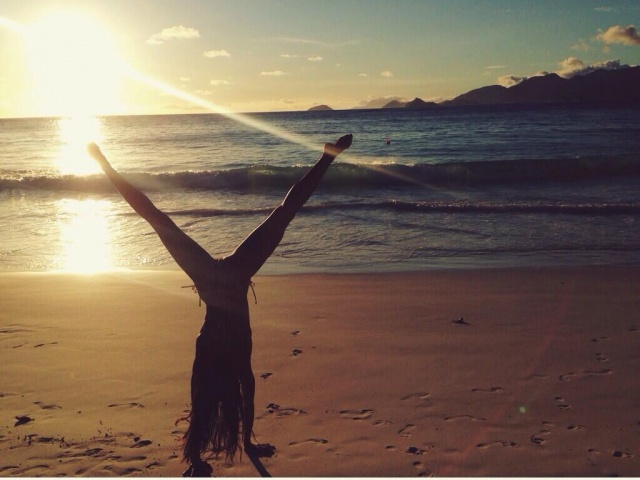 (Seychelles News Agency) - One of the hottest new artists to shine in Britain this year has returned from holidaying in the Seychelles, calling it the best holiday of her life. London-based singer, songwriter and model Arlissa departed a still-chilly London for the tropical climate of the Seychelles on May 21, according to her official Twitter account.

The singer tweeted a picture of her group standing on a beach against a purple and red sunset, saying, “Just came back from the best holiday of my life so far...gonna miss everyone so much! #Seychelles #dontcryA”.

20-year-old Arlissa, who last year was signed to rap mogul Jay-Z’s Roc Nation record label, shared a number of Instagram snaps of herself and her model pals enjoying the luxury of poolside villas and sun-kissed beaches.

It is believed that the group stayed at the exclusive Four Seasons Resort at Baie Lazare, Southern district on the main Seychelles island of Mahé before moving on to the Raffles Hotel on the second most populated island of Praslin later on in their stay.

Arlissa’s singing style has been compared to legendary singers Adele and Florence Welch, and she shares a manager with popular Barbadian singer Rihanna, so it is possible we could be seeing the British beauty achieve great things in the future.

“Sticks and Stones”, the first song from her début album, was released in March to positive reviews, while the full album is still awaiting release by Roc Nation.