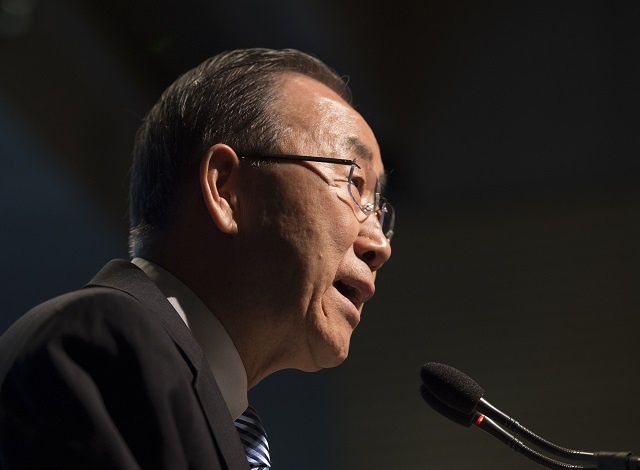 (AFP) - Corruption charges against the relatives of former UN secretary-general Ban Ki-moon do not concern the United Nations, the UN spokesman said Wednesday.

Ban's brother and nephew, respectively Ban Ki Sang and Joo Hyun Bahn, have been indicted in a US court over an alleged attempt to bribe a Middle Eastern official regarding the sale of a building in Vietnam.

A 39-page indictment unsealed on Tuesday lists charges of corruption, money laundering and conspiracy against the relatives of the former UN chief, who stepped down on December 31.

"The indictment that was unsealed yesterday is not one that concerns the United Nations, and I have no comment on it," UN spokesman Stephane Dujarric said.

US prosecutors allege that the conspiracy took place between March 2013 and May 2015 over the attempted sale of a commercial and residential complex in Hanoi, built and owned by Keangnam Enterprises, a South Korean construction company.

The UN spokesman noted that when reports began to surface about the allegations, Ban Ki-moon said he had "no knowledge of his nephew's activities and whereabouts."

The plot focused on an attempt to get an official from an undisclosed Middle Eastern kingdom to purchase the building in Hanoi using a sovereign wealth fund.

The pair tried to secure a meeting with the kingdom's head of state while he was in New York for a UN General Assembly meeting.

Also charged is US citizen Malcolm Harris, accused of masquerading as a go-between with the Middle Eastern official but instead pocketing a $500,000 bribe which he frittered away on personal luxuries.

The United Nations was rocked last year by a scandal involving a former General Assembly president, John Ashe, accused of taking bribes from Chinese developers to secure UN support for a conference center in Macau.

Ashe, who was the UN ambassador from Antigua and Barbuda, died in June in a weight-lifting accident.